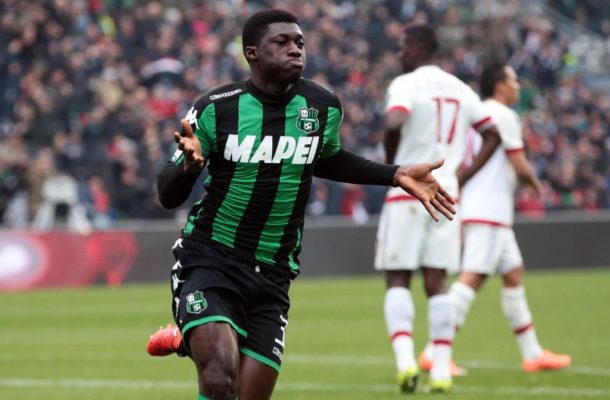 Alfred Duncan's future is increasingly hanging in the balance, the midfielder seemed destined to bid farewell to Sassuolo but De Zerbi has apparently pulled the brakes on a any possible move.

During the press conference on the eve of the match against Udinese, the neroverdi coach returned to the topic

"I saw him a little during the week and I only spoke to him with the Genoa game in mind.

I love him as a footballer and as a boy. He has been here for a long time. His career is his. "

"The owner is Sassuolo and it is not De Zerbi, I can give my opinion.

The results are obtained with the players. I have an idea but it must correspond to the will of the boy, what should be done on the market, to many what's this".

According to the coach Fiorentina and an unnamed club in Turin are all after the signature of he Ghanaian midfielder.