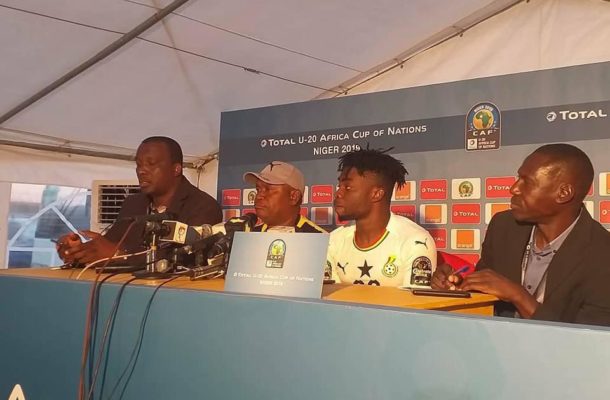 Cobbler thinks organizers of the competition have not been fair to his side by insisting they play on Wednesday, just 48 hours after their first game against Burkina Faso.

Responding to questions at the Post Match press conference, the coach said, “The program for the competition was long given to us, and it required that we rest for 48 hours before another game” but with the new development, the team now have only 24 hours to rest and train for their second game against Senegal.
The coach further said “I don’t think it is right for anybody to ask the team to play after 24 hours in a competition of this sort, it is not done anywhere, and I believe the organisers will look into the fixtures, and get Ghana to play after 48 hours”.

Ghana’s Black Satellites beat Burkina Faso 2-0 in their opening group B match at the Stars De Maradi in Niger on Monday.
Ghana’s next game is against Senegal in the ongoing U-20 Africa Championship in Niger.
The four semi finalist goes to the World Cup.