Scammed! 66-year-old Welsh widow conned out of £12,000 by an online fraudster believed to be Ghanaian. 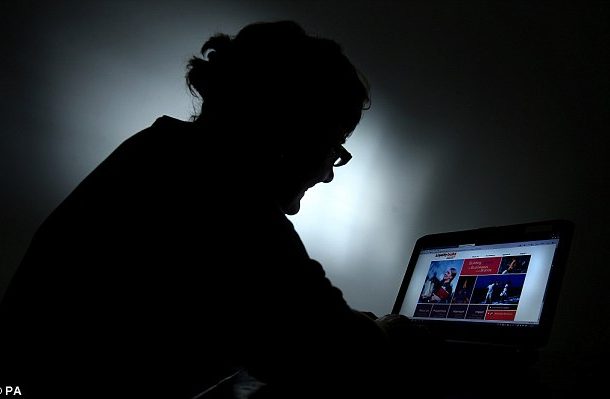 A HEARTBROKEN widow who thought she'd found love online was scammed out of £12,000 by a fraudster pretending to be a US soldier.

The 66-year-old, who asked not to be named, says she "fell in love" with a man posing as a senior ranking member of the United States Army but has now come to the conclusion that the fraudster is Ghanaian.

The con artist claimed to be General Mark Alexander Milley, and managed to convince the pensioner that he was going to move to Wales to marry her.

But just two weeks into their relationship, he demanded that she send him money because his son, who called her 'mummy', was in desperate need of medical treatment which he could not afford. The grandmother began sending large sums of money through MoneyGram despite being warned by friends and family that she was being scammed.

The person posing as General Milley claimed he was in Afghanistan and then Ghana. A few months into the relationship she began to realise that something wasn't right and contacted North Wales Police.

She claims police told her that "there was nothing they could do" and suggested that she contact Action Fraud, which she did not.

The widow said she kept sending the money the fraudster was demanding through MoneyGram to Ghana.

But she said: "To me he was real. He used to say such lovely things to me and made me feel wanted.

"We would speak online every day, but he always had an excuse for not being able to talk to me over the phone.

"He told me he wanted to move to Wales and marry me, he even had me believing there were documents on their way to me in the post for me to sign so that he was legally my husband. Those documents never arrived."

She was even preparing to take out a loan in order to continue sending him money.

She now has weekly meetings with a mental health professional and is on anti-depressants after she started feeling suicidal.

The real General Mark Milley has however posted on his Facebook page warning people to be wary of online scammers.

He wrote: "There have been times that my image has been used fraudulently to victimize well-meaning people. These scammers prey upon the goodwill of others and harm the reputation of our great soldiers for their own personal gain.

"The best way to combat this is by educating individuals about the issue."