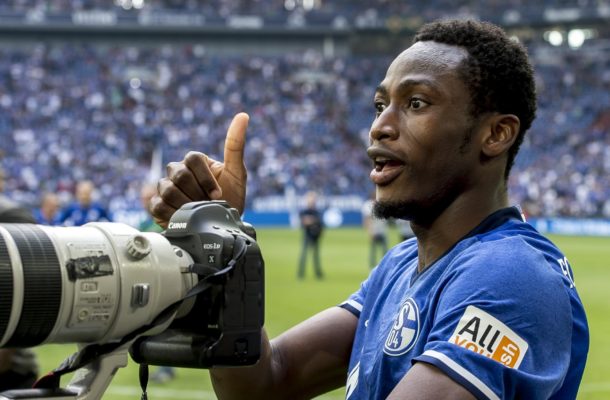 Schalke 04 manager Domenico Tedesco has praised Baba Rahman’s performance in their narrow 1-0 win over Eintracht Frankfurt in the Bundesliga on Saturday.

Guido Burgstaller scored the only goal of the game in the 21st minute to hand the Gelchenkirken-based club all three points.

It was the Ghanaians first competitive game in more than a year after suffering a serious knee injury whilst on international duty at the Africa Cup of Nations.

Baba Rahman entered the fray in the 57th minute replacing Evgen Konoplyanka and looked lively in his debut performance.

According to Tedesco, Baba played “as if he had never been away" which gives hope for the new season as he is on loan from Chelsea for another year.