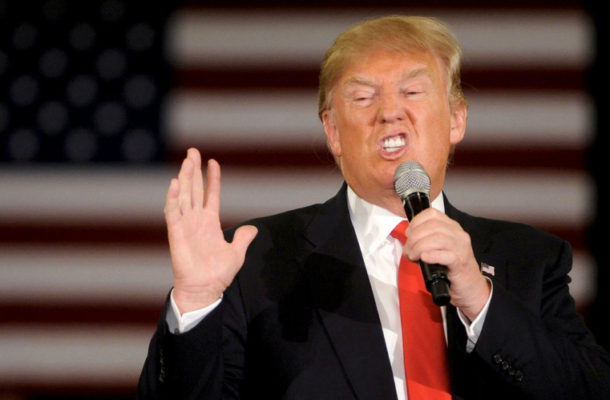 (CNN)A US Secret Service official confirms to CNN that the USSS has spoken to the Trump campaign regarding his Second Amendment comments.

"There has been more than one conversation" on the topic, the official told CNN. But it's unclear at what level in the campaign structure the conversations occurred.

The campaign told the USSS that Donald Trump did not intend to incite violence, according to the official.

"No such meeting or conversation ever happened," Trump tweeted in response to CNN's report.The controversy erupted on Tuesday afternoon when Trump said at a rally that Second Amendment defenders might be able to stop Clinton from appointing justices to the Supreme Court who could weaken gun rights.

The Secret Service's communications director Cathy Milhoan has not confirmed the conversations between the campaign and the Secret Service, but said in a statement Tuesday that "the U.S. Secret Service is aware of Mr. Trump's comments."

Trump said Tuesday evening that he was simply trying to unify gun owners against Clinton in the voting booth.

"Words matter my friends, and if you are running to be president or you are president of the United States, words can have tremendous consequences," Clinton said. "Yesterday we witnessed the latest in a long line of casual comments from Donald Trump that cross the line."

The Republican presidential nominee's supporters Wednesday attempted to quell the controversy, saying either that Trump was joking or that Democrats and the media were spinning it into something bigger than it was. Many interpreted Trump's comments as a threat to rival Hillary Clinton.

"This was a joke ... He wasn't inciting violence," Lewandowski told Chris Cuomo on CNN's New Day.

"What he intended is very, very simple -- that (gun owners) should vote against her," Giuliani said on ABC's Good Morning America. "He had no idea that anybody would interpret his words that way. It was so obvious to all of us what he meant."

Maine Sen. Susan Collins, who said she won't vote for either party's candidate, said on CNN's "New Day" Wednesday that she did not think Trump was inciting violence, but that he has only himself to blame for people leaping to that conclusion because of his consistent "stream of inappropriate and reckless comments."

But Clinton supporters continued to slam Trump on Wednesday, saying that violence is never a joking matter.

"Words matter, particularly from those folks who want to be president of the United States," Clinton surrogate Christine Quinn, a former New York City Council speaker, said on "New Day." "To think that joking about any kind of violence could be funny ... simply reflects a disregard for the impact of violence."

"It is, in fact, dangerous for the country," she said.

"As the daughter of a leader who was assassinated, I find #Trump's comments distasteful, disturbing, dangerous," she tweeted.

And former CBS Evening News anchor Dan Rather posted on Facebook that Trump "crossed a line with dangerous potential."

"By any objective analysis, this is a new low and unprecedented in the history of American presidential politics," he wrote. "This is no longer about policy, civility, decency or even temperament. This is a direct threat of violence against a political rival. It is not just against the norms of American politics, it raises a serious question of whether it is against the law."