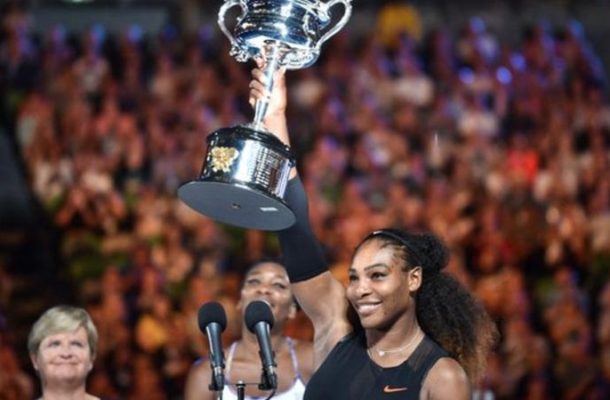 Serena Williams will return to tennis in Abu Dhabi next week, almost four months after giving birth.
The American, 36, will play world number seven Jelena Ostapenko in an exhibition match on 30 December during the Mubadala World Tennis Championship.

Williams, who has won an Open-era record 23 Grand Slams, said she was “delighted to be returning to the court”.

She gave birth to daughter Alexis Olympia Ohanian in September.

Former world number one Williams has not played since winning the Australian Open in January.

Coach Patrick Mouratoglou said in November that no decision had been made over whether Williams would play in the season’s first Grand Slam.

Australian Open director Craig Tilley has said Williams is “very likely” to defend her title at the 2018 tournament, which starts on 15 January.

Ranked 22nd in the world, she would not need a wildcard.

Rafael Nadal, Milos Raonic and Stan Wawrinka have pulled out of the Mubadala World Tennis Championship, which runs from 28-30 December.

Latvian Ostapenko, whose match against Williams will be the first between women to be played at a tournament first staged in 2009, said: “It is a huge honour to be part of that history.”