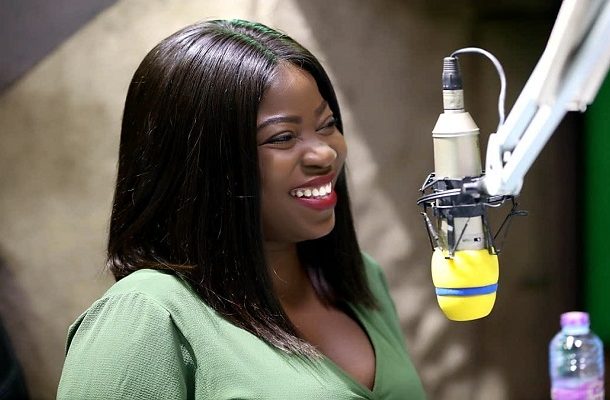 Television and radio personality, Afia Pokuaa, otherwise known as Vim Lady, has berated some supporters of the opposition National Democratic Congress (NDC), for politicizing the arrival and enrollment of the coronavirus vaccines in the country.

This was after the former President, John Dramani Mahama participated in the vaccination exercise.

Mr. Mahama and his wife, Mrs. Lordina Mahama were at the Police Hospital on Tuesday, March 2, 2021, to be administered with the vaccine.

Prior to this development, a section of the Ghanaian populace, notably, sympathizers of the opposition National Democratic Congress (NDC), have politicized the arrival and the enrollment of the vaccine. While some expressed reservations about its efficacy, others said the product has been created to wipe out the African race.

In a tweet, however, Vim Lady remarked that those NDC supporters who tried to politicize the COVID-19 vaccine should bow down their heads in shame.

She hurled praises on the former President over his stance to get vaccinated despite the negative comments by his party supporters.

"God bless Mahama and shame to those NDC supporters who tried to do politics with this vaccine." Her tweet berated.