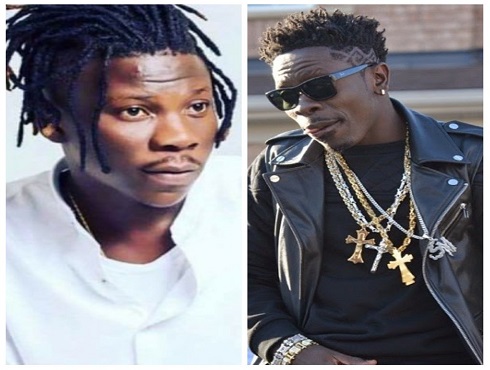 Have you read the thread? Shatta Wale has described Stonebwoy as "the most stupid dancehall artiste ever", attacking the personality of the dancehall act.

Are we right to call this the season of celebrity ‘beefs’? Just when we thought the Champs Bar controversy between the two dancehall artistes has settled, another beef ensues.

Shatta Wale has come for Stonebwoy in a series of posts on Facebook.

His reaction comes days after Stonebwoy in an interview said he is better than him lyrically.

Speaking to Multimedia’s MzGee at the event, Stonebwoy made it clear that Shatta could not be on his level.

The ‘Baafira’ hitmaker argued that he is lyrically and musically better than Shatta Wale who has been throwing jabs at him in recent times.

The BET award-winner further revealed that he “murdered” the Shatta Wale in 2010 during a competition so Ghanaians should stop comparing them because he is not his co-equal.

“Shatta Wale can never murder me. He is never lyrically good like me and he knows it. Shatta Wale is never musically and lyrically better than I am. I murdered him in 2010 at Labadi (beach). Lyrically, I’m the baddest in Africa.”

Shatta Wale seems to have taken the lyrical beef to the extreme and is currently attacking the personality of his colleague, Stonebwoy.

His posts have attacked the disability of the Dancehall artiste who is known to be humble and responsible in the Ghana Music Industry.

Below is the thread:

The two dancehall artistes, Shatta Wale and Stonebwoy are signed on Zylofon Music.