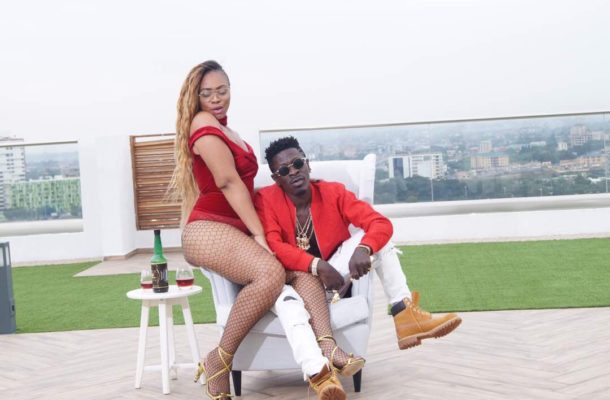 Shatta Wale is currently on one of his ranting episodes as he has taken to Snapchat post to make a shocking revelation.

The ‘Freedom’ hitmaker has disclosed that he allowed men to sleep with his ex-girlfriend and baby mama for cash and continued to say that, he’s only worried Michy left because she said she’s tired of doing that business.

According to sources, it is a preventive measure from Shatta Wale as he is scared Pope Skinny may spill the secret in the ongoing trades of insults.

Rumor has been going around that Shatta Wale was pimping his baby mama to rich men including the fact that he was able to lad the Zylofon deal because Nana Appiah bonked Shatta Michy.

As though to give substance to the rumour, the controversial musician said he allowed Shatta Michy to sleep with other men because she loved sex and he got money from her act.