The Sheikh’s Drawing Board: Inter Allies 2-2 Ebusua Dwarfs – My Observation 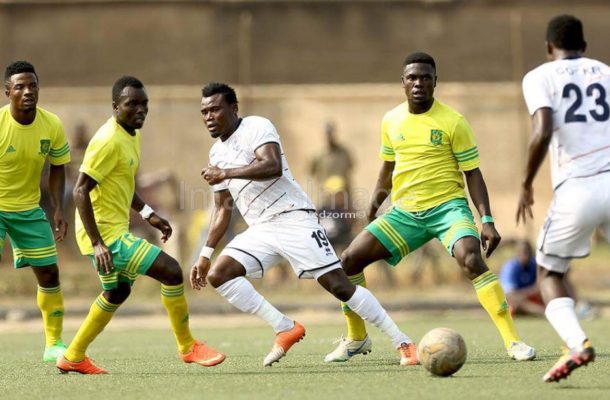 The Ghana Premier League witnessed yet another magnificent week of football in the week 25 clashes with the two biggest clubs picking a point each in their encounters. Kotoko drew goalless with Aduana Stars while Hearts fetched a point from Wa in their 1-1 stalemate with Wa All Stars.

New Edubiase magically won away at Techiman in a game that most people though the Bekwai-based side was going to be hammered.

And Ebusua Dwarfs continued their stupendously brilliant campaign in the second round by getting a point from the Tema Park against Inter Allies.

The Drawing Board will this week address the tactical disposition .