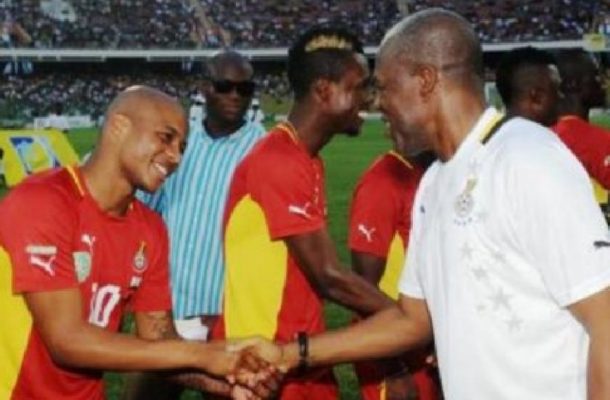 Amissah Arthur in his elements of supporting the Black Stars

He collapsed at the Air Force Gym early Friday and was rushed to the 37 Military Hospital where he was pronounced dead.

His death comes as a shock as it is the widely held view that the physically active people live long which has shocked a lot of Ghanaians.

Amissah-Arthur, an ardent sports fan and Hearts of Oak, was a keen fitness person and exercised every morning to keep himself in shape.

Paa Kwesi Bekoe Amissah-Arthur, born April 29, 1951, was an economist, academic and politician who was the sixth Vice-President of Ghana, in office from August 6, 2012, until January 7, 2017, under President John Dramani Mahama.

He was sworn in as Vice-President on August 6, 2012, following vetting by the Parliament of Ghana.

He was nominated by President John Dramani Mahama to be the vice-president a week after Mahama himself was sworn in. This followed the sudden death of John Atta Mills on July 24, 2012.