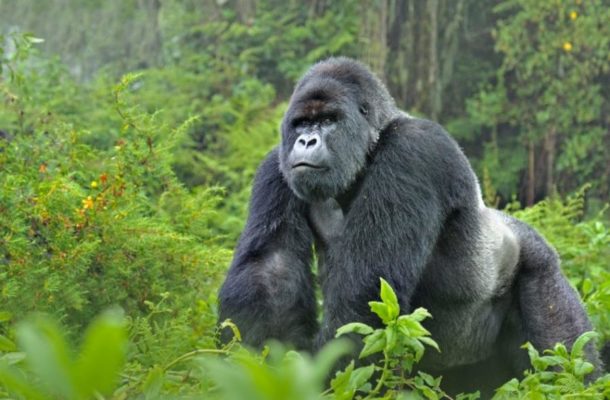 A big Gorilla in the Kano Zoological Gardens in Nigeria has reportedly swallowed N7 million meant for the operations of the zoo.

The money was generated from tourists who visited the zoo during the Eid celebrations.

On Monday June 10th when workers resumed work, it was discovered that the money was nowhere to be found.

A local radio station in the state, Freedom Radio had reported on Thursday June 13th that one of the finance officers it spoke with had said that one huge Gorilla sneaked into their office and allegedly swallowed the close to seven million naira.

Confirming the loss of the money, the Managing Director of the zoo, Umar Kashekobo, said indeed there was money missing in the organization but that he would rather not say anything about it as the matter was under investigation.


Commenting on the matter, the spokesperson in the state police command, DSP Abdullahi Haruna, said the matter was under investigation.

” Yes it is true that money got missing from the Kano Zoo. It is money they realised for five days of Sallah festivities. As at now, we have arrested 10 staff members of the Zoo and they are in police CID. Among the people we arrested are the gatemen and the people in the finance unit. What we want to understand is why they left such huge amount of money for five days without taking it to the bank,” Haruna said


This case is no different than the one that happened in February 2018 when one Philomena Chieshe, a sales clerk with the Joint Admissions and Matriculation Board (JAMB) in Benue state, had claimed that a huge snake swallowed N36m, which the board made from sale of scratch card.