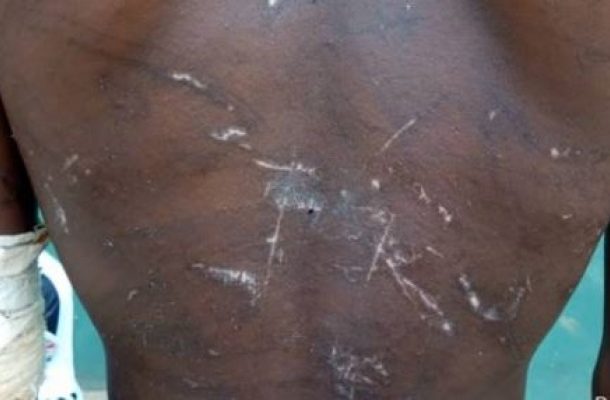 Four minors aged between 13 and 16 years, have been brutalised by three soldiers for allegedly stealing a laptop.

The incident occurred in Sunyani, the Brong Ahafo Regional capital.

The soldiers, whose names were given as O.C Prempah, Sgt. Adu Gyamfi, aka Shakor; and Ebo Mensah, threatened to kill the boys if they did not confess to the alleged crime.

The boys were picked up on Sunday, 24 June 2018 at about 3AM and driven to the 3BN barracks in Sunyani.

Father of one of the boys, Abukari Seidu, while narrating the incident to Accra-based Joy FM, wondered why soldiers would take the law into their hands, and appealed for justice.

Meanwhile, the Ghana Armed Forces has commenced investigations into the matter.