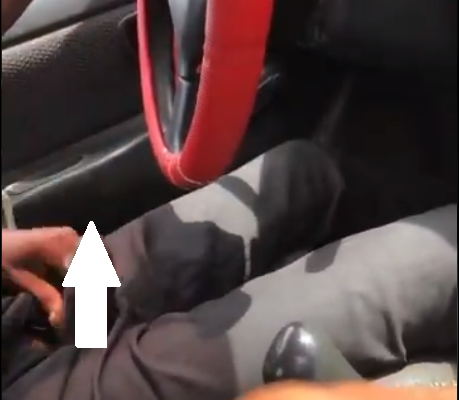 A shocking video shows the moment a taxi driver brought out his genitals and began stroking it while he was driving a female passenger.

The driver is seen with one hand on the gear stick and the other on the steering wheel.

All this while, his manhood was erect but hidden by his black t-shirt.

After a while, he removes his hand from the steering wheel and places it on his male member, then strokes it through his shirt.

"The rubbish I witnessed today in a taxi in abj," the female passenger wrote on Twitter as she shared the video. 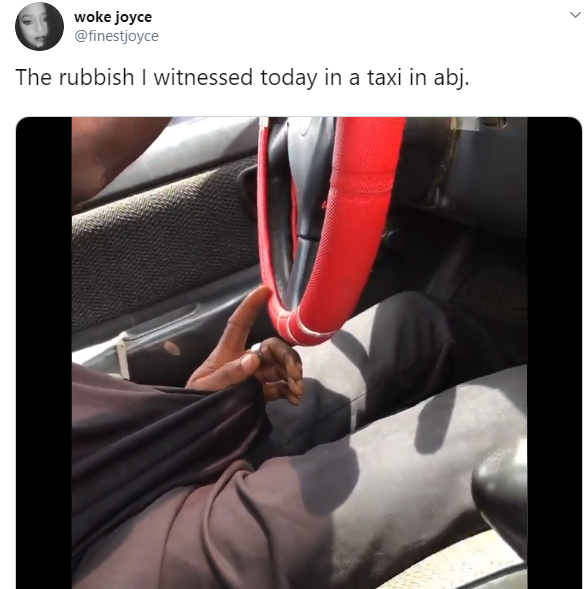 The video is quite disturbing. See it below:

The rubbish I witnessed today in a taxi in abj. pic.twitter.com/YsoDyA4ySV
— woke joyce (@finestjoyce) October 28, 2019