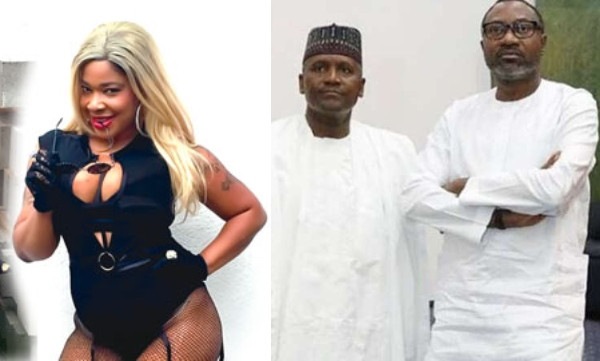 Afrocandy urged the billionaires to help solve the power issues of Africa's most populous country with their money instead of investing in a refinery.

Otedola had stated that the money spent on the generator by Africa's richest man, was a money well spent.

Passing off a comment in reaction to the video, Afrocandy said the billionaires could add a little more to the $13 billion to fix the power problem in the country.

"This is wonderful but I think if you Sir and dangote join hands and maybe add a little more to that $13 billion dollars y’all can fix the power (light) problem I. Nigeria and there won’t be the need to spend such an Astronomical amount on buying generations which pollutes the the Air. It’s time wealthy people like you did something." 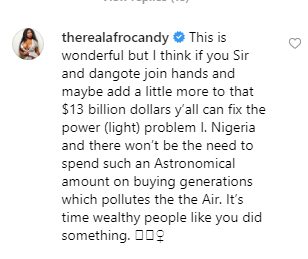