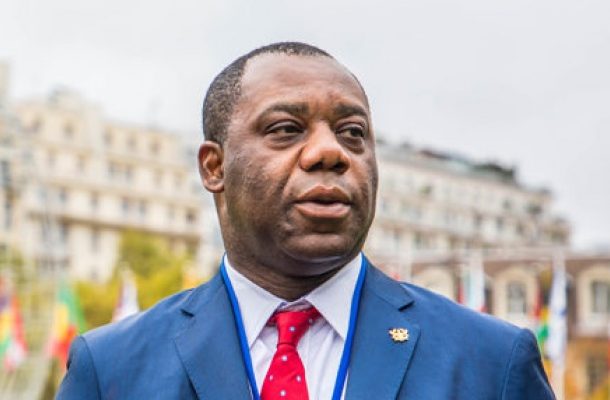 Minister of Education, Dr. Matthew Opoku Prempeh widely known as Napo has shockingly discredited some of the chaos at the Black Star Square over the SHS placement.

The Minister insists that the collapses and fainting spells of some of the parents and students at the Black Star Square in the past days were staged.

Mr Opoku Prempeh who doubles as the MP for Manhyia South in the Ashanti Region said there is a deliberate attempt by some persons to sabotage his ministry.

Speaking on Asempa FM’s current affairs show Ekosii sen, Napo said some persons who wanted to mar the efforts of the Ministry to address the issues of placement of students into Senior High Schools bribed some people to feign exhaustion and collapse.

“We opened the center at the independence square to address the needs of Ghanaians who want to go to school, but some evil people have decided to pay GHc 20 and GHc 50 to people to go there and stage fainting and collapse, yesterday some of the collapses were fake. I’m even wondering why they brought little kids to the centre.”


He also alleged that some people were at the centre even though they did not have issues or hadn’t even followed the procedure for placement.

“Some parents and students come to complain to us that they have not been placed but when you ask for their placement forms, they have none. They only show you their results slip and so I had to issue a directive that no one should come to the centre without a placement form.”

“The system works such that after you check your results, you can also check your placement. If you have not been placed automatically, the site will redirect you to the self-placement site where the schools that fall in your grade line are displayed for you to choose, you will also be given the choice of boarding or day, then you get to choose a program from the available programmes. After which you confirm and print a form, so there is no way you can have a placement form without having been placed in a school. Hence, you bring your placement form for us to resolve your issues.”