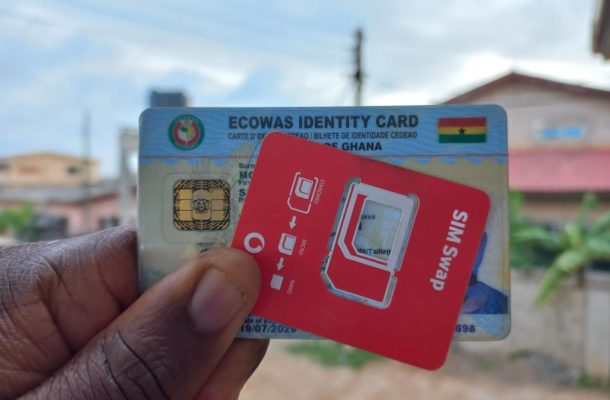 Telecommunication companies have come under criticism following the SIM re-registration exercise currently ongoing in the country.

The exercise is a directive by the National Communications Authority (NCA) to get mobile subscribers re-register their SIM cards using the Ghana Card.

This according to the NCA is to help put a stop to the increasing incidents of fraud in the country and tracking down person who use their SIM for criminal activities.

The directive said any SIM card which is not registered at the end of the exercise will be blocked.

It's been two months already since the start of the SIM re-registration exercise but some Ghanaians have criticized the telcos following the stress they are being put through to get their SIM cards registered.

Reacting to this, an outspoken member of the National Democratic Congress (NDC), Yayra Koku has described the exercise as "entirely useless and waste of everyone's time".

The Ghanaians should not be made to go through this stress when the National Identification Authority (NIA) could share its data with the telecom companies for a smooth registration exercise.

He alleged the telcos are doing another registration to capture biometric details instead of verifying same from the Ghana Card, something he said was another"flaw" in the system.

Why are we putting Ghanaians through this stress all in the name of SIM registration? This is entirely useless and a waste of everyone's time.

I will use myself as an example. During my registration at NIA, my two phone numbers were collected by the NIA officers and keyed into the NIA system after capturing my biometric and alphanumeric data.

When I was going to pick my card, they asked for the phone number I used to register, which was used to pull my details. This means my phone number is already linked to my Ghana card details (PIN).

What stops NIA from sharing its data with the Telcos? The question someone will ask is, some people didn't give their contact details, and some even used their family members contact.
Solution: Inform Ghanaians to go and update their details at NIA if they did not provide their contact details during registration.

What the Telcos are doing is another registration to capture biometric details. They are not even verifying the Ghana Card PIN. Another flaw in what they are doing.

It appears this is another avenue to waste the taxpayer's money. They will come and tell us they used 10million Ghana CEDIS for the software.