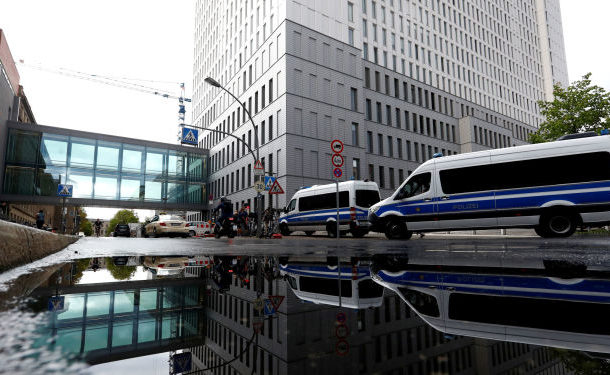 Russian opposition politician Alexei Navalny fell ill during a domestic flight in Russia on 20 August and was later transported to the Charite hospital in Berlin for further treatment.

Sputnik is live from Berlin, where Alexei Navalny is currently being treated in the Charite hospital. On Monday, doctors said his condition had improved, adding that the opposition figure had woken up from an induced coma.
Navalny felt unwell during a Russian domestic flight on 20 August and was initially treated in the Siberian city of Omsk, where the plane made an emergency landing. Two days later, once the doctors established he was fit for cross-border aerial transportation, the 44-year-old was flown to the German capital for further treatment.
The German doctors initially stated they had found traces of a substance from a group of cholinesterase inhibitors in his system, before claiming that it was Novichok poisoning. Moscow responded by pointing to the lack of evidence for Berlin's claims and noting that the Russian doctors had found no toxic substances in Navalny. Within this context, Moscow sent requests for legal assistance and more information on Navalny's case. In response, German Foreign Minister Heiko Maas said that Berlin could share the information about Navalny, but that it was a multistage process.
Follow Sputnik's Live Feed to Find out More!