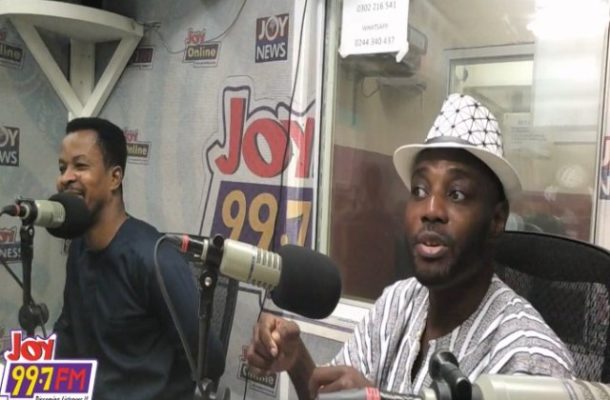 The size of a person’s lips, nails, and nose are proportional to the size of his or her sexual organ, a sex therapist has said.

Papa Kwamena Amoo stated that it is easy to determine the size of a potential partner’s organ by observing the width of the nails, thickness and width of the lips, and size of the nose.

He told the host of Joy FM’s Home Affairs, Edem Knight Tay, Saturday that “when you look at the lips of a woman, it is the same as the labia, left and right…Most people who have small lips cannot even identify where their clitoris is, sometimes you can even find it”

“For men who have big lips, the likelihood of they having a big penis is high…And if you look at the thumb of a man, check the nail on it,” he added.

Mr Amoo stressed that is important for one to be equipped with such information about a potential partner in order to make the right decisions concerning sex.

He advised, “if you have a small lip and you marry a man with a big lip, you should know that you are going to take something that is oversized”.

Addressing the topic “Why is sex such a big deal in marriage?”, the sex therapist noted that most married people encountered issues with their sex lives because they did not take time to learn about their spouses and what works for them in the bedroom.

According to him, men and women are different in the ways they react during sex.
“For men, it is a straightforward jacket, for women, it is not, because you may have insulted her, or denied her something. Or she may not be getting orgasms, so anytime you call for sex, she feels bothered”, he stated.

Mr Amoo added that a lot more effort needs to be made to get a woman ready for sex.

“When it comes to sex, men are fire and women are water. You need to heat her up to her boiling point,” he stressed.