“So madam do you wear waist beads?” - JB Danquah Adu's wife details how the CID sexually harassed her 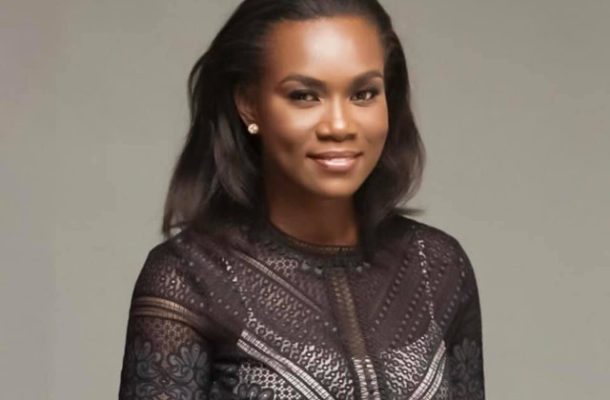 Wife of former Abuakwa North Member of Parliament (MP), late Hon Joseph Boakye Danquah-Adu has revealed some officers at the Criminal Investigations Department (CDI) have a number of times harassed her sexually while investigating her husband's death.

According to her,  CID asked her “so madam do you wear waist beads?”, an act she described as shocking.

In a Facebook post to commemorate three years after her husband was assassinated, the widow, Ivy Heward-Mills, alleged that one of the investigators proposed marriage to her.

While bemoaning the slow pace of justice for her husband, Ivy Heward-Mills said, the inappropriate acts of the CID team has made her lose her confidence in the justice system.

“36 months after JB’s murder, Ghana is still playing “Ludo” & “Oware” or perhaps “chacha” with the matter. Between then and now, I have been harassed and threatened by family, citizens & police alike. I have had jesters amongst his peers call me names and cast aspersions at me; perhaps out of fear of their own dark shadows! I have had de-facto spokespersons, aided by media houses, slandering me.

“I have had his townsfolk attack my family and I. I have been summoned to the Police HQ on countless occasions and subjected to what I would casually describe as “the act of scrubbing a fresh wound with Himalayan rock salt” and topped up with a million and one questions including, to my shock, a very gleeful “so madam do you wear waist beads?” in a meeting room populated by a men only CID team who perhaps thought it was their birth right to get familiar with what’s in every woman’s underwear!

“And if you think that’s inappropriate, try that Sunday morning when one of those men; a man at the helm of investigating my husband’s murder, thought it sensible to muster the sheer unadorned temerity, call me and tell me how beautiful / sexy he thinks I am and give me reasons why I must marry him; an already married man. Yes, he had the audacity... and this was the head of a certain significant unit at the CID... and I’m supposed to trust that they did a great job? May God forgive him.”

She, however, expressed her trust in God to help resolve the murder of her husband.

“…I might look at the entire situation with disdain but I know God is watching; He doesn’t sleep! No matter how long it takes, no matter how long... GOD’S MILL WILL GRIND.

Continue to rest in our maker’s bosom, Kofi; continue to be a guardian angel watching over your three girls. & forgive them... them that stole all you had. Them that stole your life...”

Meanwhile, the suspects in the murder of the late legislator, Daniel Asiedu, aka Sexy Don Don, and Vincent Bosso have been committed to stand retrial at the High Court after the Attorney General on May 29, 2017 filed a nolle prosequi to discontinue with the first trial.