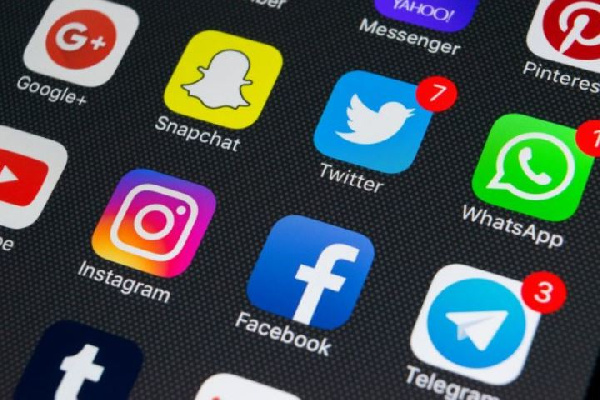 In recent times, the youth, most especially young girls in Senior High Schools, seem to have developed a strong appetite for the use of the internet, particularly social media, to impress themselves and other peers.

In the wake of this newly-found practice, several videos have emerged and gone viral, in which young girls in their school uniforms have been seen either smoking or making sexually implicit utterances that appear to be alien to our culture. As a matter of fact, some of these young girls in the viral videos are heard boldly casting sexual innuendos and sometimes boldly demonstrating how sexual acts are supposed to be done. The rate at which these disturbing viral videos are uploaded on social media seems to suggest that such behavior has become an acceptable norm.

It is known that about 7 students of Ejisu Senior High School in the Ashanti Region has been deboardinised recently, as a result of these viral videos on social media.

It is not immediately known what has led to these anti-social habits where young girls have become so interested in going to the extent of even exposing themselves naked before the cameras and recording same.

However, the influx of foreign cultures, and the exposure of our young girls to foreign content on television and the uncontrolled use of the internet, cannot be overlooked.

We, at The Chronicle, find this development extremely worrying and especially so, as these young girls would soon grow to become mothers of the nation. We, therefore, wish to call on the Ghana Education Service to, as a matter of emergency, intensify guidance and counselling at the various Senior High Schools across the country.

This guidance and counselling must be tailored to suit the current trend of immoral behaviours among our youth, so as to help achieve the needed results. Parents, on the other hand, must put in place control measures and also intensify their parental roles at home by inculcating good moral values in their wards.

It is our firm believe that, parents, teachers, and the society at large have various roles to play if we are to achieve the desired results that would bring about the change we want.

Punishments alone, we believe, cannot be enough in our quest to insist our wards behave the way we want, therefore proper counselling structures must be established for the children to be able to access them.

Also, we want to associate with those who hold the view that some of our cultural practices and values that helped to promote our social and moral fibre must be considered.

We also wish to advise these young girls to be mindful of the fact that the internet has its good side, as well as negative side.

Today, it has become a medium through which the youth circulate obscene items to, perhaps, please their peers, and they inadvertently see nothing wrong with that.

However, the same internet would become a reference point where behavior at the high school could be traced to determine their character tomorrow.

It is therefore, our wish that parents and teachers would find a common ground to advise their wards and students about the dangers of the internet, as well as how some of these viral videos could harm them in the future.

They must be told about the dire consequences and the ramifications of their actions, and how it could affect them in the future.

A stitch in time, they say, saves nine. Let us come together and drum home about the possible repercussions of the actions our wards today, and help mold and shape their minds for responsible leadership tomorrow.