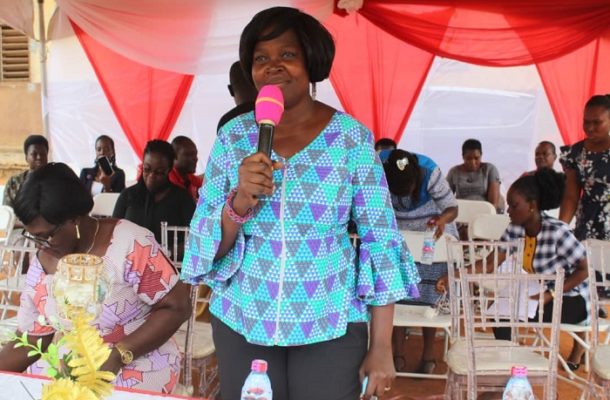 It has been revealed that some heads and staff of some orphanage homes are a threat to the safe return of orphans to their respective families and this is according to the head of the Social Welfare Department of the Oforikrom Municipal Assembly (OFMA), Mrs. Juliana Atinaba. This according to her is because they connive with the families of these orphans to ensure that these orphans continue their stay at the orphanages rather than with their respective families.

Madam Juliana revealed this unfortunate incident happens because these heads and staff fear losing their benefits given them by some NGO’s or founding partners and therefore refuse to let the orphans go back to their respective families after much efforts from the Social Welfare to trace the families.

According to Mrs. Atinaba, this act is a worry to the Social Welfare since she opined, that attitude does not help with the smooth running of execution of their duties.

A sensitization forum was held through her leadership to broaden parents, guardians, teachers and school heads’ knowledge on foster children and adopted children and the legal way of going about it.

Speaking on fostering a child, she noted that it is a practice where a child may be taken from his or her parents temporarily for a particular reason of which the child has the right to go back when the problem is fixed. These children temporarily are kept in the orphanage homes through a court order.

Madam Atinaba, however, indicated how worrying it gets sometimes when efforts to get the child back to the family becomes fruitless because people do not conform to legality but rather act against the Social Welfare.

“After a while, we come around to reunite this child with the guardians or parents and this one too is a problem”, she bemoaned.

Meanwhile, the maximum years a child should spend with an orphanage is three years after which another care order from the court must be acquired if attempts to reach the families fail after the first three years. A person at any orphanage, however, becomes independent when he or she attains 18 years.

Madam Juliana said, unfortunately, most often it does not happen so. Family members are coerced into believing that they will not be assisted financially when the orphans get to them which according to her is a total lie.

Madam Juliana indicated the readiness of her unit to assist people who are interested in fostering a child but was quick to add that, it was paramount things are done the legal way.

In that regard, she noted requirements for children coming into alternative care including foster care is laid out in Ghana's Children's Act 1998 (Act 560) and Foster care regulation 2017.