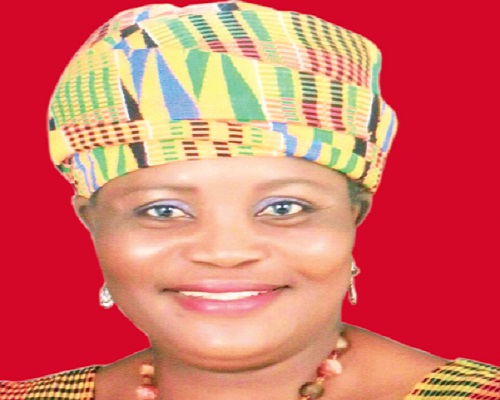 Member of Parliament (MP) for Krachi West, Helen Adjoa Ntoso says some women are campaigning for the right to marry more than one husband.

“Some members of the Gender, Children Committee of Parliament were elected to meet some advocacy women in a hotel in Ghana and what this women group told us is that the committee should help their campaign of ensuring women get the right to marry two or more husbands,” she said on Atinka FM in Accra.

Hon. Ntoso who is a member on the Gender and Children Committee of Parliament was reacting to the Anti-LGBTQI+ bill which sought to criminalize LGBTQI+ activities and also to promote proper Human Sexual Rights and Ghanaian Family Values.

Promoters of the Bill argue that LGBTQI+ activists have so many agendas which go against Ghana’s Family Values that need to be prevented, hence the bill.

Helen Adjoa Ntoso, who is a member of the eight Members of Parliament who are sponsoring the Anti-LGBTQI+ Bill said the bill when passed into law will criminalize LGBTQI+ activities in Ghana.

The 36-page Promotion of Proper Human Sexual Rights and Ghanaian Family Values Bill 2021, which is yet to be considered by parliament, seeks to unequivocally criminalize LGBTQI+ activities.

It covers any person who “holds out as a lesbian, a gay, a transgender, a transsexual, a queer, a pansexual, an ally, a non-binary or any other sexual or gender identity that is contrary to the binary categories of male and female.”

The Bill is being sponsored by anti-LGBT+ legislators on both sides of the House.

They submitted a copy of the draft to the Speaker of Parliament on June 29, 2021.

The bill is not only targeting persons of LGBTQI+ orientation but also promoters of it.

Helen Adjoa Ntoso said homosexuals can freely practice their act secretly but will face the law when it becomes public.

She added that, while the law deals with those practicing LGBTQI+ activities, it will at the same time protect them from mob actions.