Sometimes, I wish I die in my sleep – Actress cries for help 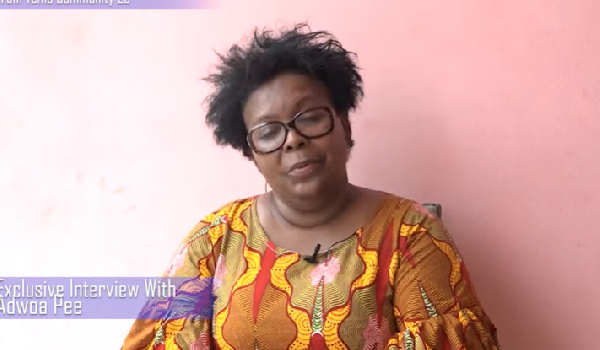 Considering the excruciating pain she has had to endure for years, the amount of money she has spent in her quest to redeem herself from a health quandary and other predicaments which have made life unbearable for her, Adowa Pee sometimes wishes death takes her away, the veteran actress has said.

Known in real life as Helena Maame Adwoa Petreba Pieterson, the actress in an interview with Step 1 TV disclosed that she has been sick for the past three years. According to Adwoa Pee, her health has been deteriorating despite spending all her savings on hospital bills.

“I’m battling spondylosis. It’s been a year. I feel pains all over my body. I’m told I have to undergo surgery. I’ve compared the prices of some countries to others”, she said.

“In America, we are looking at between sixty thousand and one hundred and ten thousand dollars. (USD60,000 – USD110,000). I beg you; I need help. I have a problem. I’m telling you now that I have a problem so, please come to my aid so I’ll have the amount for the surgery and get healed”, the actress added.

She told the host, Barima Kaakyire Agyemang, in that interview monitored by GhanaWeb that the experience has been terrible to the extent that there is a feeling of overpowering sadness that makes her wish death ends it all for her.

“Sometimes, I wish I just go to sleep and I’ll not wake up”, a sorrowful Adwoa Pee remarked while making some revelations.

Cervical spondylosis is a general term for age-related wear and tear affecting the spinal disks in the neck. As the disks dehydrate and shrink, signs of osteoarthritis develop, including bony projections along the edges of bones (bone spurs).

Watch her interview below.