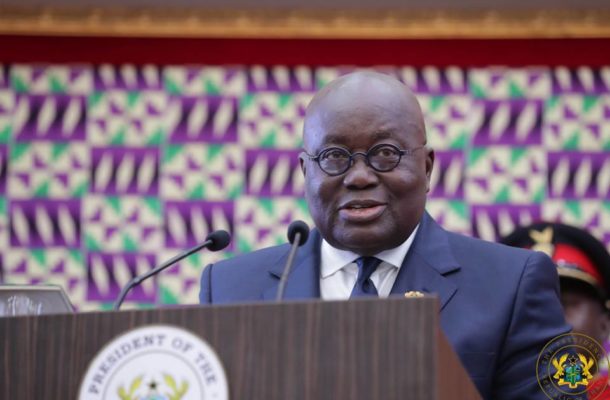 The first gentleman of the land begins his State of the Nation Address by expressing how glad he is to give his 4th SONA.

“The way is being prepared for the renewal of my mandate,” the President said on Thursday, 20 February 2020, whiles delivering address to parliament.

This was after the Minority in Parliament had earlier dramatically boycotted this year’s SONA over what is believed to be in connection with the release of the Common Fund for the Third Quarter.

According to Peace FM’s parliamentary correspondent, Mr Emmanuel Akorli, the Minority staged the walked out moments after the president entered the chamber to give his address.

The SoNA is in accordance with Article 67 of the 1992 Constitution, which requires the president to brief parliament about the country’s state of affairs.