Soon to be free agent Jan Gyamerah on Hannover's radar 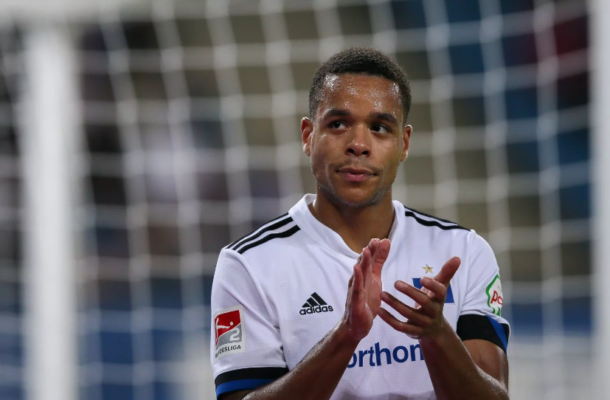 The defender will be a free agent at  the end  of the month and will leave as a free agent after the expiration of his three year contract at Hamburg.

Jan Gyamerah has been playing for Hamburger SV since 2019, but the right-back was unable to assert himself on the Elbe in the long term.

After he was slowed down by a broken fibula in the 2019/20 season and suffered an ankle injury in the following season, because of which he had to pause for a month, there was speculation about a departure last summer.

However, Gyamerah stayed and was a regular for Tim Walter for the first third of the season before the tide turned.

In the second half of the season, Gyamerah only played five times, but in the relegationplay offs it was only enough for two short appearances.

Since his contract expires on June 30, a free transfer is on the cards - and as reported by the Neue Presse , Hannover 96 should be interested.

However, the Rothosen are looking for a left-back and should therefore also have Jannes Horn (1. FC Köln), Florian Hartherz (Fortuna Düsseldorf) and Bastian Oczipka (Union Berlin) on the list.

With Gyamerah playing nine times at left-back during his time at HSV, the 25-year-old could be a serious option.