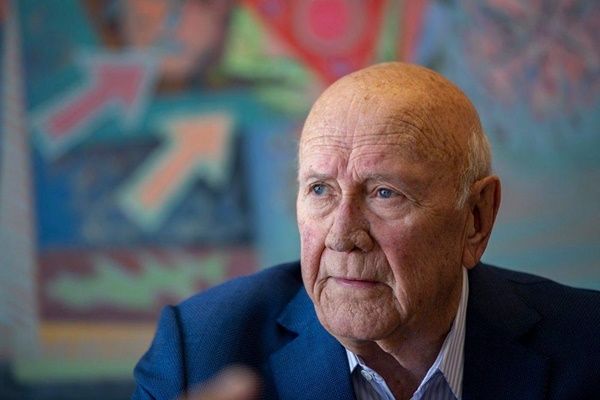 The national mourning starts on Wednesday evening to Sunday evening and "the national flag will be flown at half-mast as a mark of respect," the presidency said.

De Klerk died at the age of 85 on Thursday last week after having been diagnosed with cancer earlier in the year.

He will be cremated on Sunday in a private funeral for only family members.