Speaker calls on MPs to join fight against illegal mining 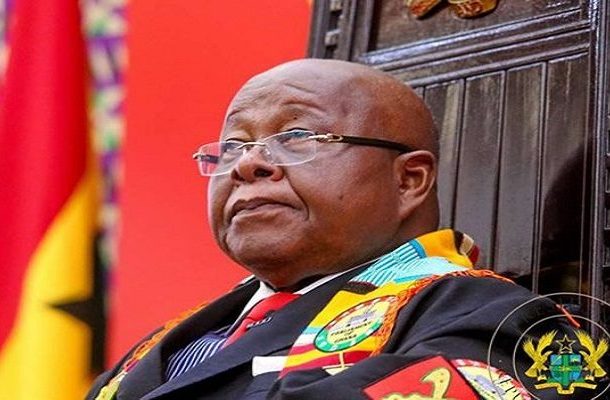 The Speaker of Parliament, Rt. Hon. Prof. Michael Aaron Oquaye, has called on Members of Parliament to join the fight against illegal mining.

According to the Speaker, the enormity of the adverse effect of illegal mining activities is at critical level, imploring the MPs not to sit down and watch things as they unfold.

He said since the issue is of national concern, Parliament has included it in its upcoming annual celebration dubbed ‘Parliament and the People’ and therefore, expects Members to rise up and speak against the menace.

Rt. Hon Oquaye made this observation, Tuesday, May 15, 2018, in his welcome address to Members.

Commenting further, the Speaker said he expects that the enthusiasm and high devotion to work exhibited by Members during recess will find expression in their turn out to duty.

He also prayed that Members sharpen their punctuality and improve on the congeniality that exists between them.

That notwithstanding, he expects Members to be circumspect and decorous during debate on the floor, stressing that the use of unpalatable words should be done away with since the world would be watching them.