Speaking truth to power with prejudice 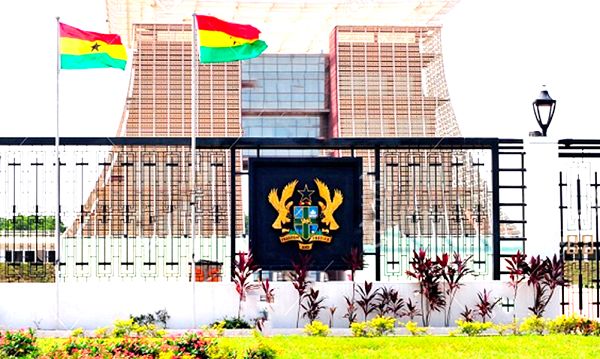 It is interesting how once the count is over and someone is declared winner, all of us insist we voted for that person. You might just have managed to barely scrape through the elections, but when it comes to making demands on you once you are in office, everyone voted for you, or at least they all claim to have voted for you.

I know that once you are elected a Member of Parliament, whether or not it is by the slimmest of majorities, you become an MP for everyone in the constituency, and a President elected by the famous 50 per cent plus one is President of us all. But surely there is no need for everyone to precede every criticism or every demand with a claim of having voted for the President.

Lawyer Kpebu’s statement, issued without prejudice, said: “In the heat of the discussion, I passionately expressed my disgust at the inaction of the Presidency in dealing with certain matters bordering (sic) on corruption.

"I do hereby retract and apologise for the expression purporting to connect the President of the republic to crime.”

I must say that this corruption canker in our country drives many of us to total distraction. We all have our bete noire corruption case.

I wasn’t sure whether to laugh or to cry when a particular paper in the recent Law School exams was cancelled because it was feared there had been a leakage and the integrity of the exams had been compromised.

That was not the first time there had been stories or suspicions of exam questions at the Ghana Law School having been leaked. I sympathise with anybody losing his/her cool in discussing corruption in the country and nobody ever going to jail for it.

But let’s be careful here; this man, Mr Martin Kpebu, is not your average Kofi Mensah in the tro-tro. He is a celebrated lawyer. He is cited every day in the courts and in Law classrooms. He knows his Law.

What I saw of his performance in the bits of the Newsfile video, there was no heat in the discussions, certainly not from any other panellist, and the host did not exactly come across as challenging him.

I would say Mr Kpebu went to great lengths to lay the grounds for “the expression purporting to connect the President of the republic to crime”.

Indeed, he was so certain the President was at the core of the problems, and urged him and the Vice-President over and over again to just step down, go away and leave us in peace.

Since it was Lawyer Kpebu, I knew I had to take what he was saying seriously, that was until I heard him cite General Ankrah stepping down as Chairman of the National Liberation Council as a precedent that President Akufo-Addo might follow, because according to him, General Ankrah stepped down on the suggestion, or was it accusation of corruption.

Now, I happen to know that story about General Ankrah and Francis Nzeribe very well, and I wish Lawyer Kpebu hadn’t cited it as an example without finding out what happened. But without even knowing about the details of that case, I wonder if our celebrated lawyer was really equating the chairman of a military junta to an elected President, one he claimed to have voted for with alacrity.

I was surprised by another strand in his presentation, with or without heat. Jubilee House is the building that houses our Presidency. The people who work there have names and titles.

If there is a criminal syndicate at the Presidency, those involved surely can be identified. Why resort to offering Jubilee House as this inanimate monster that is destroying our country?

Lawyer Kpebu might not now be saying the President of the republic is connected with crime, but I don’t think he is going as far as to say there are no criminals in Jubilee House. So, if there is a criminal syndicate in Jubilee House, surely it should be exposed with names and titles and all.

I know the buck stops with the President and maybe the Vice-President, but why is it so much easier to mention their names and not the names of the lowly people?

This is not a new phenomenon. Today it is Jubilee House, but not too long ago, before President Kufuor took the decision to build Jubilee House, it was the Castle, we blamed everything on the Castle.

I grew up when Flagstaff House was the headquarters of all corruption. In the midst of it all, you would hear people say the President was okay really, it was the people around him who were the problem.

I note that Multimedia has also issued a disclaimer. I have read the statement and it says that after management and the host had reviewed the programme, the “sincere view is the expression suggesting direct involvement of the President in crime relative to some scandals is regrettable”.

I wonder if it would have been acceptable if the expression had been the indirect involvement of the President in crime.

The fearless station says the host could have done more than stopping at asking Mr Martin Kpebu if he thought his comment on the President was warranted, justified or fair.

Accordingly, we, that is the station, plus, I suppose the host, issue this disclaimer.

If there exists a more mealy-mouthed disclaimer anywhere in this world, I haven’t seen or heard about it. I am not quite sure what it is that they are disclaiming. I can’t work out what it is they are refusing to accept responsibility for. And I can’t understand why they went to the trouble to issue the disclaimer.

The station and the host obviously don’t think anything untoward happened on the programme and they are not apologising for anything. Why bother to go through the motions?

Those who purport to speak truth to power should at the very least be straightforward and admit to their prejudice.