SP's resignation: Akufo-Addo should be concerned about his legacy – Fiifi Kwetey 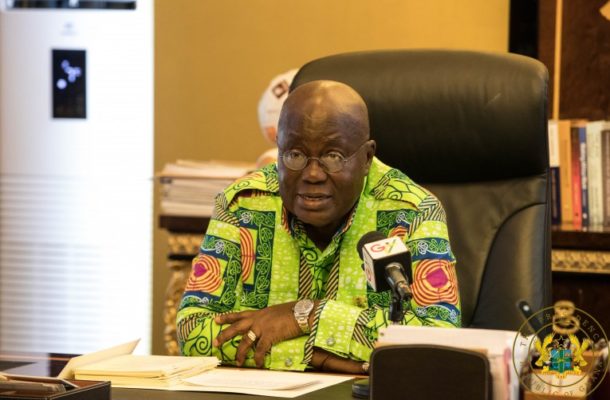 The Member of Parliament for the Ketu South Constituency Fifi Fiavi Kwetey says President Nana Addo Dankwa Akufo-Addo should be concerned about his legacy while in government.


For him, Ghanaians are completely disillusioned with his deeds vis-à-vis his incorruptibility mantra on the back of his indictment by the Special Prosecutor.

“At his advanced age, I think the greatest thing he should be concerned about is legacy. And it has been extremely disappointing I mean to see that for somebody who basically came on that high horse of incorruptibility, what it is that we have seen is a total reversal of the process,” he told GHOne TV on Tuesday.

His concerns corroborated some Civil Society Organisations(CSOs) belief that the SP’s resignation is an indictment on President Akufo-Addo and his government.

Mr. Amidu in his resignation letter to the President said: “The one condition upon which I accepted to be nominated as the Special Prosecutor when you invited me to your Office on 10th January 2018 was your firm promise to me that you will respect and ensure same by your Government for my independence and freedom of action as the Special Prosecutor.”

However, he bluntly cited the poor support he’s received from the President in his undertakings as the Special prosecutor indicating that the straw that broke the camel’s back was the corruption risk assessment conducted on the Agyapa royalties transaction and the reaction he received thereon.

“The reaction I received for daring to produce the Agyapa Royalties Limited Transactions anti-corruption report convinces me beyond any reasonable doubt that I was not intended to exercise any independence as the Special Prosecutor in the prevention, investigation, prosecution, and recovery of assets of corruption. My position as the Special Prosecutor has consequently become clearly untenable,” a part of the resignation letter said.

It continued: ”It is essential for me to state for the purpose of the records, and contrary to public perceptions, that my appointment letter was received on 5th February 2020 (almost two (2)-years after my appointment). The copy addressees made no efforts to honour any of the conditions of appointment in terms of emoluments and benefits of the appointment ever since my warrant of appointment was issued on 23rd February 2018 to the date of my letter of resignation.

“I accepted the offer on 10th January 2018 to be nominated to be Special Prosecutor because Mr. President, and Ghanaians knew I have been an anti-corruption crusader all my life and not an anti-corruption entrepreneur. This explains why I have never put the emoluments and benefits of the Office as central to my commitment and my passion for the establishment of an independent, effective, efficient and impartial anti-corruption Office of the Special Prosecutor before the end of the first term of Mr. President. This has not been possible for several reasons.

“The Deputy Special Prosecutor has also not been paid any emoluments since her appointment, and there is the need to redress that situation for her now that I am out of the way. The events of 12th November 2020 removed the only protection I had from the threats and plans directed at me for undertaking the Agyapa Royalties Limited Transactions anti-corruption assessment report and dictates that I resign as the Special Prosecutor immediately.

“Fear is the enemy of change and I am prepared from the vacuum created on 12th November 2020 to meet the threats of my demise as the price to pay for serving my country without fear or favour affection or ill will. I acted professionally through out in the discharge of my duties and my conscience is the anchor of my strength to face any consequences. I am grateful to every Ghanaian for both the support and criticisms during my tenure. When the real facts of my tenure become well known to the public in the future, history may judge me kindly. Ghana First”.