‘Stable’ power supply due to increase in hydro generation – GRIDCo 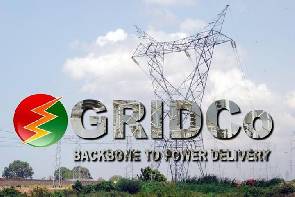 The marginal increase in generation from the hydro sources power sector may have contributed to the relative stability in power supply being enjoyed by some Ghanaians.

At least this is the information Citi Business News can glean from available statistics released by the power generator, the Ghana Grid Company Limited, GRIDCo.

Daily reports released by GRIDCo over the last three days (Friday August 5, 2016 to Sunday August 7, 2016), showed that the country’s hydro generation increased from 641 megawatts to 691 megawatts for the period.

Most homes and buildings, for the past few weeks had no power leading to some industry players saying that the load shedding exercise had returned.

But for almost a week now, the situation seems to be normalizing.

This also comes at a time that government announced of some fuel challenges with the production on the FPSO also declining due to a damaged turret bearing.

A further breakdown of the figures also shows that power generated from Akosombo increased from 329 to 376 megawatts between the three day period.

Also power generated from Bui and Kpong increased from 198 to 200 megawatts and 114 to 115 megawatts respectively.

The country’s peak load for the period also declined from 1,854 megawatts to 1,719 megawatts.

Meanwhile total generation from the three hydro sources increased to 691megawatts from 641 megawatts for the three day period.

In addition, total units for the thermal sources amounted to 941 megawatts; declining from 1,161 megawatts as at Friday.

Though Kpone thermal plant was producing 85 megawatts as at Friday, August 5, 2016; its production was zero as at Sunday August 7, 2016.

Meanwhile the changes in lake level increased slightly for Akosombo but remained same for Bui. Akosombo recorded a 0.05increase in its lake level on Sunday with that of Bui remaining unchanged at 0.05 feet.

It is however worth noting that five thermal plants; MRP, TT1PP, CENIT, TT2PP and the Takoradi T3 Thermal are not producing power for the period.

A survey among some business that rely on electricity for their work also indicate that they are impressed with the relative stability.

Though they contend that the situation may not have been completely solved, the increased costs of operation associated with the erratic power supply have partly declined.

“I think for almost a week or two now, there has been much improvement compared to previous times. Even last month the power supply was intermittent but I hope it continues,” a pharmacist remarked.

A manager of a printing services firm also alluded, “For the job that I do that is printing and other secretarial services, the stability in the power supply has been very beneficial to us. Even though it has stabilized, I am still apprehensive as I fear the lights may go off at any point in time.”

Yet another businesswoman further stated, “We use the electricity in our work a lot… I think it should continue even after the elections things do not go back to where they used to be.”