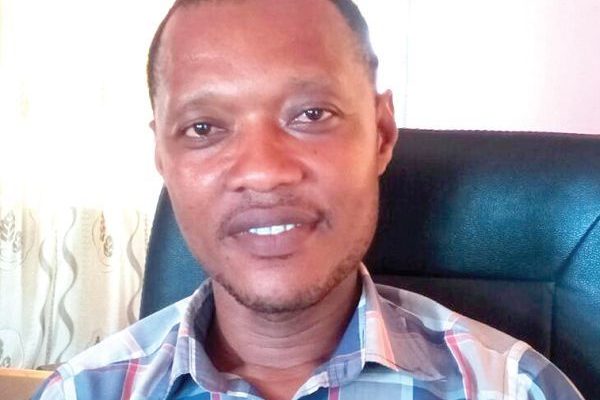 The Agona West Municipal Director of the National Commission for Civic Education (NCCE), Mr Sekyi Sam, has called for national commitment towards the fight against corruption.

The corruption fight, he said, could not be left for state institutions only because it ought to be uprooted from the very basic unit of the society to drive the progress of the country, adding that every Ghanaian had a major role to play

Speaking at a forum  in the Central Region, he indicated that the fight against corruption can be won if there is a concerted effort from all fronts, including the ordinary Ghanaian.

The forum which was  on "public accountability and environmental governance" saw Sekyi Sam making a passionate appeal for each and every one to play a role to fight the canker.

“We will have ourselves to blame as Ghanaians for the increase in corruption if we fail as a people to play our respective roles to assist anti-graft agencies with information to nip corruption in the bud,” he said at the event organised by the NCC E at Agona Nyakrom in the Agona West Municipality.

“I, therefore, wish to encourage you to take advantage of the Whistleblowers Act to report corrupt dealings at various workplaces to quicken investigations into such acts”.

He observed that the fight against corruption had become very difficult over the years and said if it was not dealt with today, it would slow down the growth and development of the country in the future.
“It is important that Ghanaians rise against all forms of corruption which have permeated many sectors of the economy to save particularly the country’s limited resources from dissipation,“ he stated.

Corruption becoming part of us

Mr Sam stressed that the issue of corruption had gradually become part of the Ghanaian life and said it was totally unacceptable for an individual to pay a bribe or an inducement before receiving a service.

He said, “what is worrying is the fact that it has been accepted as normal practice that one has to pay before gaining admission into schools, winning contracts and gaining employment, among others things”.

“How do we expect a contractor who allegedly paid so much money to some individuals before winning a contract to do quality work that would stand the test of time?” he quizzed.

The NCCE director indicated further that it was not surprising that after some few years, government projects that so much funds had been invested into deteriorated at a faster rate.

He called on the citizenry to be active and take keen interest in the administration of the country to ensure that duty bearers made good use of the scarce national resources for the benefit of the masses.

The Agona West Municipal Director of the Commission on Human Rights and Administrative Justice (CHRAJ), Mr Emmanuel Koomson, encouraged Ghanaians to report alleged corrupt acts to protect state funds from finding its way into the hands of corrupt individuals.

“It would be in the interest of the entire populace if corruption in all aspects of the economy is reduced to the barest minimum” he said, adding that Ghana would be the ultimate beneficiary if corruption was dealt with decisively.

A representative of the Municipal Environmental Health and Sanitation Department, Madam Ernestina Kumah, implored the participants to support efforts aimed at ending open defecation in the municipality.

The Paramount Queen mother of the Agona Nyakrom Traditional Area, Nana Tutuwah VI, who chaired the event, called for an all-hands-on-deck approach towards tackling the canker of corruption since, if not addressed, would have dire consequences on the progress of the country.