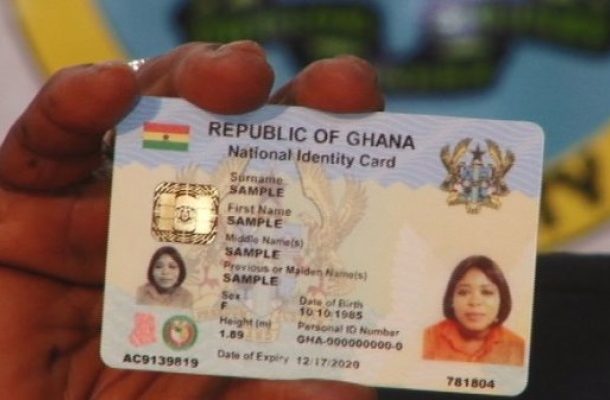 A spokesperson for Metropolitan, Municipal and District Chief Executives (MMDCEs) Association in the Ashanti Region, Hon. Alidu Seidu has advised members of the opposition National Democratic Congress (NDC) not to partake the ongoing registration of Ghanaians by the National Identification Authority (NIA).

"My humble appeal to all NDC members and supporters is that they should not register and allow NPP and other Ghanaians to do so", the Asokore MCE spoke on Kumasi-based Nhyira FM monitored by Kwabena Danso-Dapaah.

According to the 2016 NPP parliamentary candidate for Asawase Constituency in the Asokore Mampong municipality, since members of NDC minority in parliament have boycotted the registration, it is, therefore, good for them to advise their supporters to do same.

"Since the minority lawmakers are going to Court over it, every NDC member should not register and allow us to register so we can vote 2020 ", Hon. Alidu Seidu told the host of 'Kroyimu Nsem' political talk show hosted Aduanaba Kofi Asante Ennin.

Meanwhile, NDC supporters in the Ashaiman Constituency of the Greater Accra Region are reported threatened to take the law into their hands and assault officials of NIA if they reject voter’s ID card for registration, according to Daily Guide newspaper.

According to known NDC members, it is inappropriate for NIA to use only passport, birth certificate and affidavits for registration hence they will disrupt the exercise by destroying machines and other equipment of the Authority.

Led by the Constituency Chairman of the NDC in Ashaiman, Shaddad Umar Jallo, who addressed a news conference last Thursday, he stressed that he and his supporters will oppose any move by the NIA to extend the registration of the Ghana card to Ashaiman

He stated that they will destroy equipment meant for the exercise if the NIA fails to include voter’s ID card as one of the documents needed to register for the Ghana card.

According to him, NIA’s basis for accepting only birth certificate and passport for the registration and issuance of instant cards to establish citizenship will marginalize constituents, therefore, their intended action.