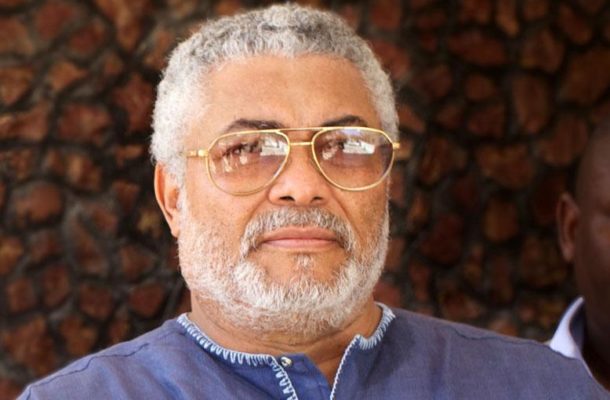 Politicians have been warned to stay off the body of late Ghanaian leader, Jerry John Rawlings, as he was the property of the state prior to his demise.

Speaking to Captain Smart on the ‘Anopa Bofo’ on Monday, Political Science Lecturer, Dr Amakye Boateng said, it is unfair to politicise the funeral of the first President of the 4th Republic of Ghana.

He argued that, although late President Rawlings was the founder of the National Democratic Congress (NDC), he became a property of the state after he left office arguing that the state was still providing his needs.

“It is needless, this is not a partisan issue, although a government is formed after winning a partisan election but the government serve the needs of all not just the people who voted for them…Rawlings’ dead body is now an asset of the state, so political parties should stay off…,” he said.

Dr Boateng further said that he remains shocked that some people will want to refer to previous happenings which to them did not favour the man who died at the Korle Bu Teaching Hospital last week.

“Some of the issues emerging after the death of JJ Rawlings are very unnecessary, example being President Akufo-Addo withdrawing his privileges, this amounts to referring to past issues which are of no relevance to current happenings in Ghana now…,” he added.

The nation has been grieving over the death of the founder of the largest opposition political party in Ghana now, NDC.

Tributes have been pouring in for the departed leader.