Step aside for being biased – John Boadu told 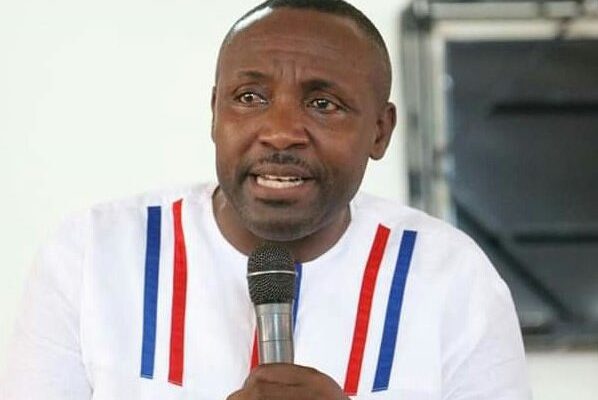 Former Member of Parliament (MP) for the Nsuta Kwamang Constituency, Kwame Asafo Agyei, has chastised the General Secretary of the New Patriotic Party (NPP), John Boadu for being unfair in the enforcement of party rules and regulations.

He feels John Boadu is twisting the arm of Minister of Trade, Alan Kyeremanten whilst allowing the Vice President and his supporters to breach party regulations continuously.

A group purporting to be a pro-NPP group, calling itself, the Ashanti Patriots Movement has made some wild claims in respect of the party’s forthcoming internal elections including the next presidential primaries of the party ahead of election 2024.

The leadership of the group claimed, supporters of Alan Kyerematen were being victimized with suspensions for merely declaring support for the Trade Minister, whereas those who declared support for the Vice President, Dr Mahamudu Bawumia, in clear breach of the Code, were not visited with similar sanctions.

General Secretary of the governing New Patriotic Party (NPP) after this presser has asked the party’s flagbearer hopeful, Alan Kyerematen to distance himself from the group, describing them as a mischievous and diabolic group alien to the NPP and on a mission to destroy the ruling party.

Reacting to this position of John Boadu, Kwame Asafo Agyei disclosed Nana B, Nana Obiri Boahene who is deputy to John Boadu and a host of others have declared support for the Vice President when it is against the same regulations he is attempting to enforce.

“Why is John Boadu asking Alan Kyeremanten to call his supporters to order when he has never advised Dr. Bawumia to do same? His actions prove he supports the Vice President and I believe because of this bias he needs to step aside as General Secretary of the party,” he told Sefah-Danquah on Happy98.9FM’s Epa Hoa Daben political talk show.

On his accord, John Boadu is acting as a player and referee in an issue he has an interest in. “He should step aside to ensure fairness in the upcoming internal election.”

Having expected John Boadu to have acted as an impartial administrator, the former MP added, “He wasn’t acting as a good administrator for refusing to call both parties to order. He could’ve asked the Vice President to call his supporters to order when all this started. If he had done so then we wouldn’t be seeing our party on the brink of collapse.”