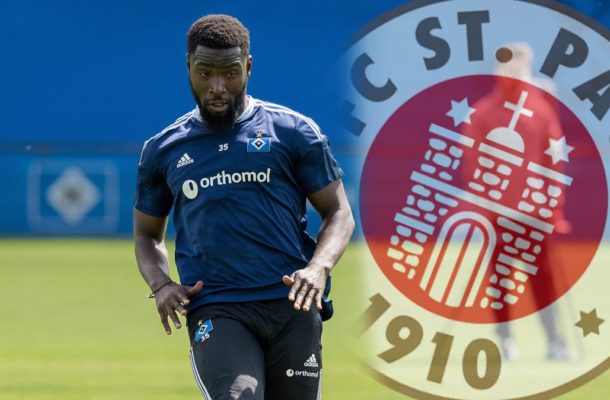 Black Stars' new boy Stephan Ambrosius is keen to depart Hamburg SV in search of regular minutes as he wants to stake a claim for himself in the Black Stars squad ahead of the Qatar 2022 World Cup.

The player's club Hamburg SV has initiated talks with FC St. Pauli who are keen  to sign the center back

Defender Stephan Ambrosius is facing a change at Hamburger SV . According to information from Hamburger Abendblatt and Bild , the central defender would like to be loaned out to another club in order to gain playing time.

At HSV he only sits on the bench or is not called into the squad by coach Tim Walter.

He did not play a game last season due to a cruciate ligament tear.

A planned move to Karlsruher SC did not materialize.

Talks are currently being held with city rivals FC St. Pauli about a loan agreement.

According to Bild , his advisor offered him there and received positive feedback. A move abroad is also conceivable.