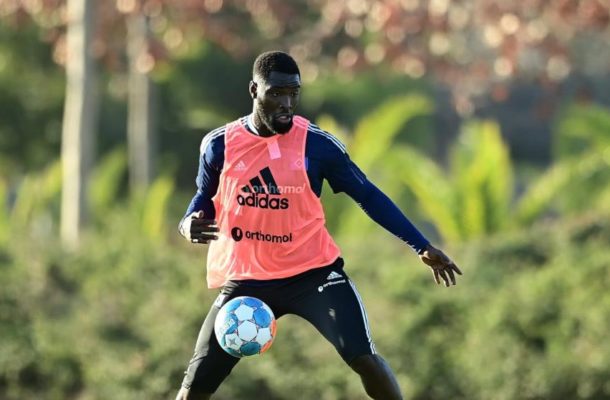 German-born Ghanaian defender Stephan Kofi Ambrosius (23) has been playing for the Hamburg SV since 2018.

The towering defender's market value has plummeted steeply but that is no surprise as he has not played football for a full season due to cruciate ligament rupture.

From September 2020 to March 2021, he made a steep rise in his own market value, climbing to two million euros.

Reason being that due to a cruciate ligament rupture, he did not play a game last season.

The 22 year old was ruled out of the entire 2021/2022 season at Hamburg after suffering an anterior cruciate ligament injury during training.

He got injured while training with the rest of his teammates and was transported away in a golf cart.

After MRI scans at the Eppendorf University Hospital, he was diagnosed with the long term injury which took him months to recover.

The 22 year old Hamburg born turned down the chance to play for Ghana in March 2021 during the last two AFCON qualifiers after being handed a call up choosing instead to play for the German U-21's.

He is now open to play for the Black Stars with his nationality switch being worked on.