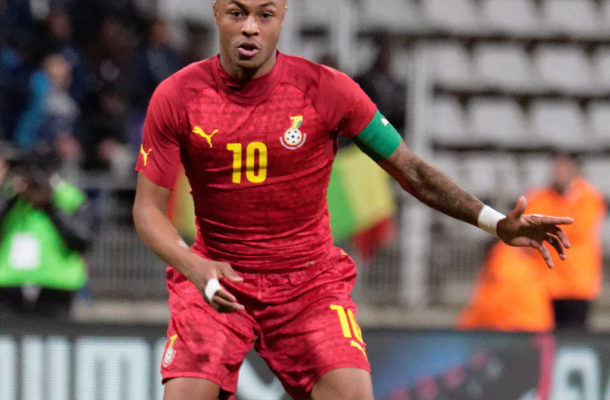 The son of the legendary Abedi Pele has always exhibited his leadership skills helping the Black Satellites to the first ever World U-20 triumph by an African nation in 2009 in Egypt.

Before that tournament Andre Ayew had played at the AFCON 2008 tournament that was hosted by Ghana with the country placing third with most of the time coming on as a substitute.

Andre has since not looked back being a part of the 2010 and 2014 World Cup squads for the Black Stars.

But confusion erupted prior to the 2019 AFCON when then coach Kwasi Appiah elevated the Swansea star who was then assistant to Asamoah Gyan to a substantive captain.

Former Black Stars captain Stephen Appiah is an admirer of the Swansea City vice captain and says he is a pure leader.

"Andre is a leader. The way he talks and the way he acts. Andre always wanted to win and will give everything on the pitch."

"He has leadership skills and I see a good leader," the former Hearts of Oak midfielder told Joy FM.

Andre Ayew has been capped 88 appearances since his debut in 2007 netting 15 goals.