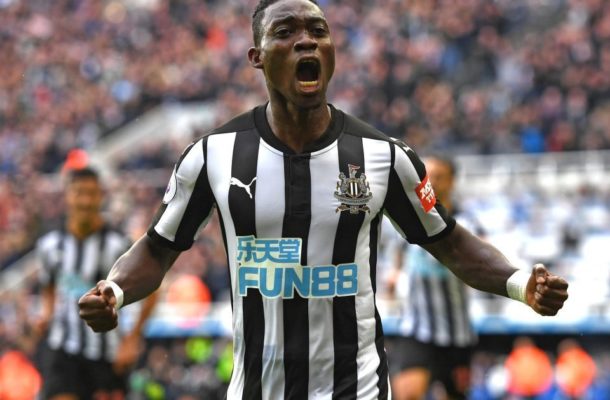 The 27-year-old will hope to continue his good run when Newcastle play away to Liverpool on the Premier League's return after the international break on Saturday.

He was forced out of the Magpies' opening games due to an injury picked up while on international duty with Ghana at the Africa Cup of Nations in July.

"I'm playing a bit further up the field under the new manager, and I'm happy about that," said the Ghanaian international.

"I think it suits the way I play. The manager has said he really wants me to press defenders, and I think that suits me.

"I think it will help me create things, because if the opposition lose the ball, I'm already in front of it, and that makes it easier to get forward and attack. Hopefully, that will mean I'm assisting more."