Stop inciting the Court against me – Ayine tells Oppong Nkrumah 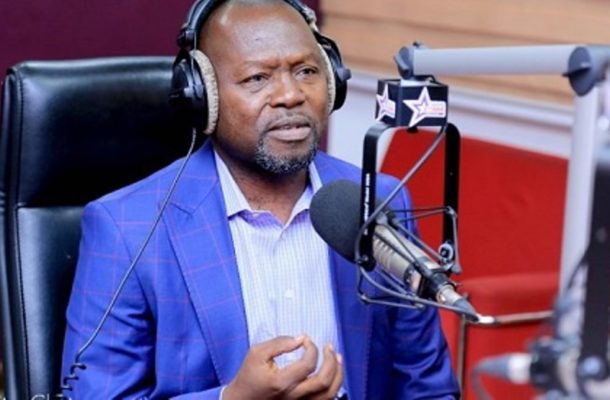 A spokesperson of the Petitioner in the ongoing election petition case, Dr. Dominic Ayine, has asked one of the spokespersons of the second respondent, Kojo Oppong Nkrumah, to desist from inciting the courts against him.

The former deputy Attorney General in an interview with Starr FM expressed his disappointment in the stance taken by Oppong Nkrumah following his “predetermined agenda” comment after the Supreme Court dismissed the petitioner’s motion to reopen his case on Tuesday.

“It is not fair to the judicial system, it's not fair to our democracy, it’s not fair to the people of Ghana that when you lose an application because it is not grounded in law or because you’ve failed to meet the legal standard, then you come here and literally poison the minds of the public and make claims that they may be having a predetermined agenda. That’s scandalous of the court,” Kojo Oppong Nkrumah noted.

But in a sharp rebuttal, Dr. Ayine insists he had no intention whatsoever of scandalising the Supreme Court as a senior person at the bar.

“I must say that I am severely disappointed in the Honourable Kojo Oppong Nkrumah…I am a senior lawyer to Kojo. Kojo should not take to always seeking to incite the court against me as if I do not know what I am saying. First of all, as a former deputy and a senior person at the bar, I know what it means to scandalise the highest court of the land. I have had no intention whatsoever of scandalising the Supreme Court of the Republic of Ghana.

“If I came across as having said that the court is in cahoots with the respondents that I will apologize and withdraw. But the reason I said that is because that is what the (second) respondent has been telling the media,” he said.

Asked whether he will be surprised if the Apex Court takes issue with his pronouncements, Dr Ayine said he would not.

“I will not be surprised... and the court is entitled to take a position on it or express disappointment on it, even go as far as committing me for contempt. I mean I won’t begrudge them. But that honestly wasn’t meant to disparage the court or bring its reputation into disrepute”.