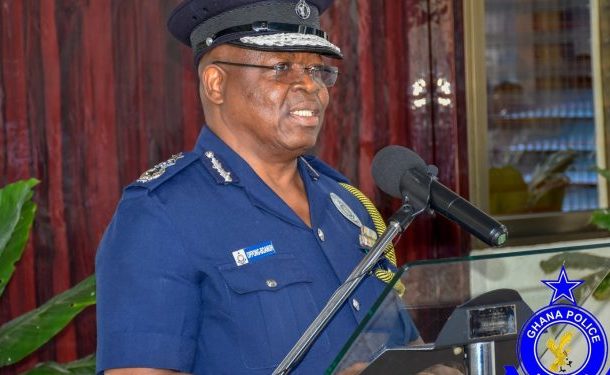 The Inspector General of Police, James Oppong Boanuh has called for caution on sending nude photos to friends or families amidst the spate of sextortion within the service.

Police hierarchy has confirmed growing number of cases in related matters over the last three years.

A police circular copied to all regional, divisional, district and unit commanders said: “Reports received indicate that cases of sextortion is on the increase for the past three (3) years…. INGPOL directs you to sensitize and caution personnel especially policewomen to desist from sending their nude photographs to friends/families. Any personnel found culpable will be sanctioned.”

Sextortion is a crime where nude pictures of victims are used to blackmail to extort monies.

In 2016 it would be recalled, a sex video of a woman believed to be a police personnel with the Criminal Investigations Department (CID) of the Ghana Police Service went viral on social media, especially on WhatsApp.

She was believed to be stationed in Sunyani in the Brong-Ahafo region but was transferred to Accra.