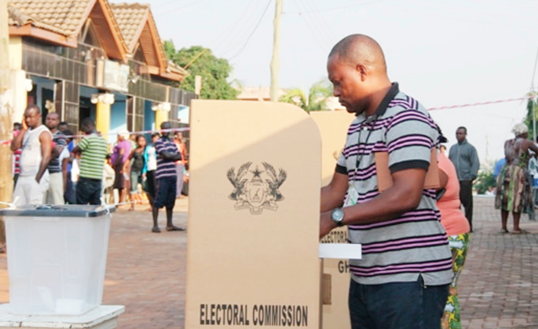 As the date for this year’s general election approaches, some supposed ‘men of God’ have been making predictions mainly centred on the flag bearers of the National Democratic Congress (NDC) and the New Patriotic Party (NPP).

In an interview with The Mirror on the Christian perspective of election predictions from ‘religious leaders,’  the professor of Theology, Biblical Studies and Christian Education, stated that what the nation needs is a workable joint-action plan from the key stakeholders to effectively sensitise the electorate as they exercised their right to vote.

“People who analyse demographic and socio-anthropological data, as well as previous election patterns to forecast possible election outcomes are being professional and should be encouraged to keep up with their verifiable methods.

“If a self-styled prophet of God, however, claims either through clairvoyance, spiritism or any other medium to predict the winner of an election, no media outlet should give such a false prophet a platform to mislead people,” Rev. Prof. Korley stated.

He explained that during Biblical times, the Jewish nation was under theocratic governance (government of the people through God’s supreme authority) and God used His prophets such as Moses, Samuel and Elijah to dethrone and enthrone Kings over His people.

In a democracy, however, the choice of political leadership was vested in the citizenry through voting, Rev. Prof. Korley explained.

The populace must therefore be well-informed and educated through public awareness programmes initiated and spearheaded by the legislated electoral body, media and other stakeholders.

He stated that there were false prophets in the system whose mode of operation, utterances and behaviour constituted great embarrassment to the Church in general and the prophetic ministry in particular.

“The truth is only one; if different so-called prophets prophesy different leaders emerging after elections, is it not just ‘try and error forecast’ to mislead and deceive the populace?”  Rev. Prof.  Korley asked.

Quoting from the Bible to describe the nature of false prophets, the professor said they prophesy lies because they are neither sent nor commissioned by God.

He said false prophets would bring confusion on the land (Isaiah 9: 13-16) and they benefit by eating at the tables of their masters in whose favour they falsely prophesy at all times (1 Kings 18: 19).

In his view, “we must all fully co-operate with the Electoral Commission. Also, every Ghanaian should understand that ensuring harmonious, peaceful co-existence and the spirit of tolerance before, during and after the election is not an option but a priority to be vigorously pursued.”

Also commenting on the issue of election predictions from the Muslim perspective, Mallam Osman Zampa, an Islamic cleric and CEO of the Zampa Herbal and Spiritual Centre in Kumasi, observed that though Allah had gifted some people the ability to foretell the future, the situation over the years in Ghana had turned into a popularity contest not backed by divine revelation.

Mallam Zampa noted that many of the so-called ‘spiritualists’ were not genuine men of God but people engaging in guessing games to court public attention.

He pointed out that though Islam does not discount prophecies, it was needless for people to engage in such show-offs because it had the tendency to divert attention from God to mere mortals.

“People now regard prophets and Mallams as demi-gods. This act is considered as ‘shirk’ in Islam since it amounts to worship of a person or anything other than the singular God,” Mallam Zampa stated.