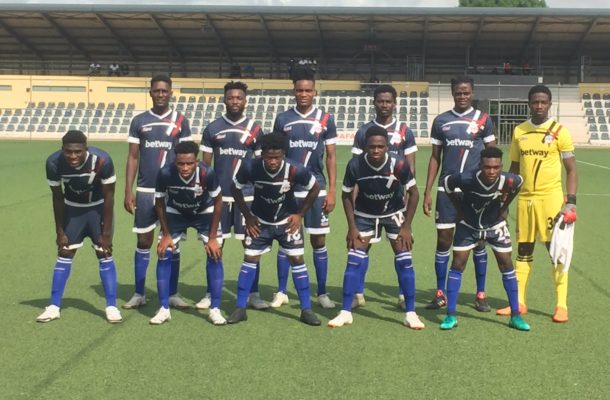 Liberty Professionals are upbeat heading into their match day 21 tie against Berekum Chelsea at the Red Bull arena at Sogakope on Saturday.

The Dansoman side continue to play away from the Carl Reindorff Park due to the revocation of their match venue license by the Club License Board.

Their solitary win against Eleven Wonders puts them in the driving seat ahead of this tie – with the fight against relegation in mind.

Liberty Professionals are hovering around the relegation zone - picking 21 points after 20 Premier League matches. The return of World Youth championship winning coach Sillas Tetteh is impacting positively on their results – winning two of their last three matches and losing one to Bechem United. After 2-0 to Bechem United, they thumped Elmina Sharks 4-0 and shocked Eleven Wonders 1-0 on match day 19 to restore some hope in their battle against relegation.

Kwame Karikari has scored two goals in Obuasi – goals that won them 6 points in the on-going campaign.

Karikari has scored five goals in the season and his partnership with former Karela and Asante Kotoko forward William Opoku Mensah is proving useful for the scientific soccer lads.

Berekum Chelsea came from behind to beat Ebusua Dwarfs 2-1 at the Golden city Park to record their second win in the second round of the League – taking them to 9th with 27 points.

Liberty seems to have found their rhythm in their new found home in sogakope - a win on Saturday would be a feather in the cap of Coach Sillas Tetteh and Assistant, Andy Sinason.