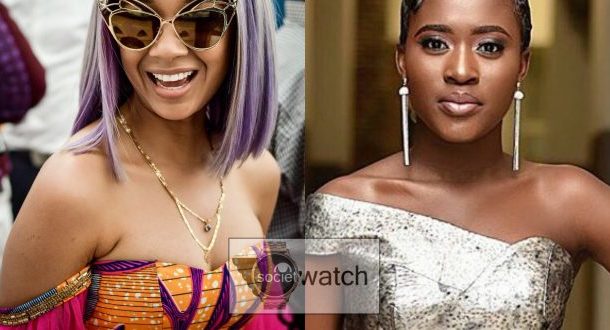 Sister Derby in a comment on Twitter subtly jabbed females who prefix their names with 'King', a title her rival Fella Makafui uses on her social media pages.

The two who were caught in a love triangle after rapper Medikal dumped Sister Derby to date Fella Makafui continue to throw shade at each other at the least opportunity given.

The 34 year old multi-talented artiste who has already dedicated a diss song titled 'Kakalika love'  for her former beau and his new found love said it is stupid for women to think the title 'King' is more powerful that 'Queen'.

In response to a tweet by YFM's Official Kwame who tweeted:“A girl is being harassed by a “man” in public and how am I the only MAN that actually did anything? And we’re surrounded by security. The streets are not safe.”

Sister Derby wrote: “A country of stupids where majority including women still believe that men are better or more right because that is how we have been conditioned mentally. Stupid. So we think using the word king is more powerful than Queen.”