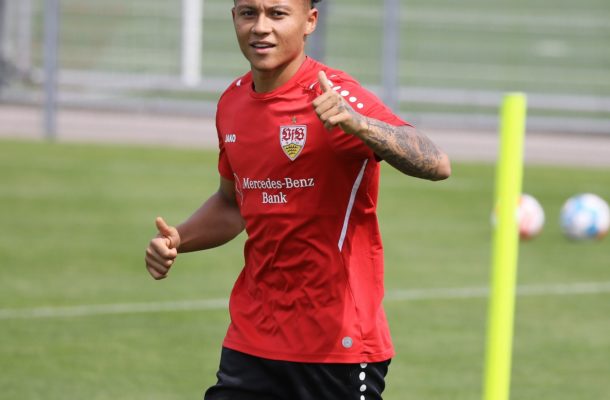 Ghana-born German International Roberto Massimo is back to training for his German Bundesliga side VfB Stuttgart ahead of the last game of the season this weekend.

Stuttgart will host FC Koln on Saturday in the last  game of the Bundesliga season in what could be their last game in the elite division as they lie 16th and will require a win and for Hertha Berlin to drop points.

The forward was absent last week due to a back injury as they were held 2-2 against league champions Bayern Munich.

After working individually the forward is back with the main team and is in line to feature when they face FC Koln.

The German side will need all their key players fit as they battle to save their lives in the German Bundesliga.

He has been capped four times by the German U21 national team but is still eligible to play for Ghana.