Subtle signs of 'workplace bullying' and ways to prevent such behavior 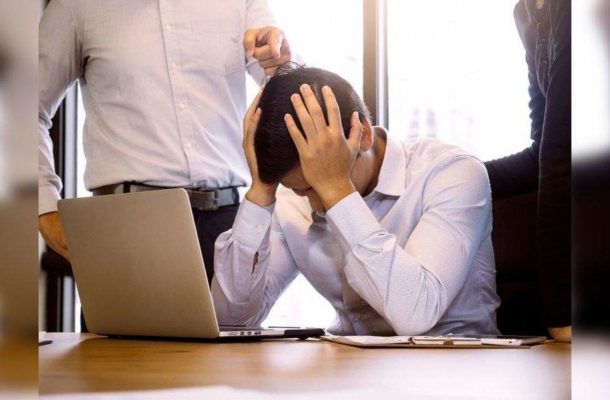 Bullying is a behavioral pattern that is repetitive in action and aims at harming individuals or groups of individuals through psychological, verbal and non-verbal abuse and in some cases, even physical abuse. From schools to colleges to office spaces, not only is bullying extremely prevalent in our society, but it has also become one of the most detrimental and threatening aspects of our lives.

While bullying at school has become a highly discussed subject of concern amongst people, there’s hardly any dialogue or stir when it comes to workplace bullying. Akin to its umbrella term, workplace bullying also refers to repeated actions of mental assault, intimidation, verbal and non-verbal abuse and in some cases physical harm towards an employee by a person of authority.

Therefore, in order to understand the intricacies of workplace bullying, let us first comprehend what it means and locate the point of its origin? What is Workplace bullying and how does it originate? Workplace bullying, as the term itself suggests, is a habitual and repetitive action by either an employer, colleague or even a subordinate, aimed at causing great humiliation, mental oppression and/or physical abuse to a person who is supposedly weak and therefore, targeted. While bullying at school is considered a heinous act, workplace bullying is often neglected as the offenders operate within the norms and policies of the workplace. In addition to that, it is extremely subtle in its actions and gives rise to a deeper level of psychological strain and weariness. However, what is more important is to identity the root of such a drastic problem and to locate the causes of such oppressive mentality.
There are many explanations to such a behavior. One of the main stressors for workplace bullying is the need to appear strong and the necessity to maintain authority over an individual and/or many individuals. In their defense, they might justify their actions by portraying it as a way to build control and discipline in their workspace, which is why instances of bullying at office premises are hardly ever talked about. Subtle signs of Workplace Bullying Once the causes of workplace bullying is located, it is also important to identify the mysterious ways in which it works. As discussed above, bullying at workplaces is done in the most subtle fashion and is hardly visible to many. That being said, here are some of the prevalent yet subtle signs of bullying.
- Intentional Ignorance – If a person purposefully ignores or avoids a colleague in order to vex them and/or intentionally ‘forgets’ to invite them to an important office meeting so as to portray them as incompetent, it is a very clear sign of workplace bullying.
- Deceit – Constant lying and deceiving a person by giving them false hope without any plans to fulfill them is a type of bullying too.
- Intimidation – This form of workplace bullying is achieved through veiled threats and subtle scare tactics that seem harmless but are not to be ignored.
- Exclusion – To deliberately exclude and isolate a person from important meetings and office events can have a drastic effect on a person’s mental health.
- Never-ending criticisms – Whether an employee’s work is good or bad, if they are being criticized for everything they are doing and are undermined at every given step of the work process, then it could be a sign of workplace bullying.
- Turning employees against each other – One of the most common methods of bullying a person at work is by turning their coworkers against them. Whether or not they are at fault does not matter. What matters is isolating them from the pack and then making to feel the pressures at work.
- Stealing credit – This is also a common process to bully a vulnerable employee, who does not have the personality to raise their voice, if and when someone steals their idea and takes credit for them. How to prevent Workplace bullying? As frustrating and disheartening as it may seem, there are many ways to prevent workplace bullying. All it takes is a bit of courage and self-esteem. While the person bullying a certain someone, does it only because he/she finds them to be an easy target, it is only a matter of time when you raise your voice and make them realize how their perception of you is completely false. Although, it is extremely difficult to fully uproot bullying from workplaces as it works within the rules and norms of their workplace or organization, it is not very late to rise up against it individually. Therefore, some of the measures you can take are as follows.

- Have a face to face conversation and dialogue with the person concerned and ask them to stop. Do not initiate any aggressive action, instead reason out with them and make them understand how they are affecting you.

- Talk to you authorities and report the matter. Make sure you have enough evidences to prove your point. Try and keep a journal of daily activities and record details of certain instances.

- Keep copies of emails, messages, memos etc. that you have received from that person in order to prove your point when necessary.

- All in all, do not resist from seeking help. Although, you may feel overshadowed by insecurities and an unstable mindset, however, there is no point suppressing all your emotions.