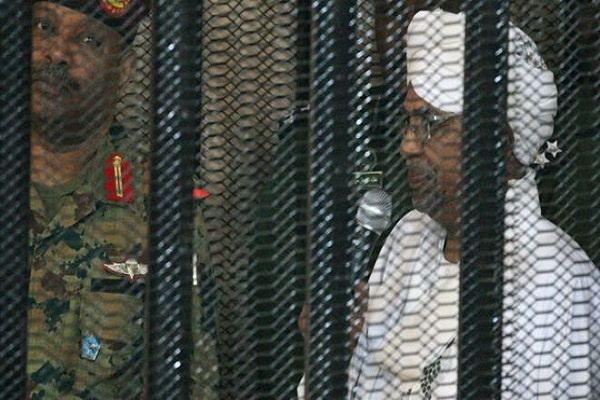 Omar al-Bashir appearing in court in a cage

The former leader of Sudan, Omar al-Bashir is facing a trial in the capital Khartoum over a 1989 coup that brought him to power.

Bashir is facing charges over the military coup in 1989 and could receive the death penalty if convicted.

On Tuesday the court hearing the case adjourned the trial until August 11 to reconvene in a larger court to allow more lawyers and family members of defendants to attend.

Omar al-Bashir has also been indicted by the International Criminal Court for alleged war crimes and genocide in the western Darfur region.

Bashir was not arrested while in power despite two international warrants for his arrest issued in 2009 and in 2010.

He is facing 10 charges relating to genocide, war crimes and crimes against humanity in the western Darfur region.

Last year he was jailed for two years over charges related to corruption.