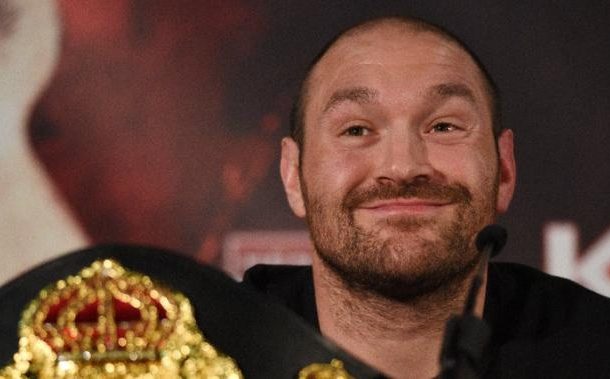 Troubled world heavyweight champion Tyson Fury has admitted taking large amounts of cocaine, saying he is also suicidal and that "I hope someone kills me before I kill myself".

Following the Briton's latest, disturbing comments, the British Boxing Board of Control (BBBofC) said Wednesday it would consider his case, and a possible decision to withdraw his licence to box, at an already scheduled October 12 meeting.

The 28-year-old Fury, who has twice this year abruptly cancelled rematches with Wladimir Klitschko to defend his World Boxing Association and World Boxing Organization heavyweight belts, tweeted on Monday that he had retired, only to make a U-turn just hours later.

Last week reports emerged that Fury had failed a drug test for cocaine and he confirmed for the first time, to Rolling Stone magazine, that he had taken the class A drug as a way of self-medicating for severe depression.

"Listen, I've done a lot of things in my life. I've done lots of cocaine. Lots of it," Fury told the magazine in a series of startling admissions.

Explaining why his rematch with Klitschko had been called off for a second time, Fury said: "I've not been training. I've been going through depression. I just don't want to live any more, if you know what I'm saying. I've had total enough of it.

"So cocaine is a little minor thing compared to not wanting to live any more."
He added: "I don't know if I'm going to see the year out, to be honest...

"They say I've got a version of bipolar. I'm a manic depressive. I just hope someone kills me before I kill myself."

Fury has courted controversy since sensationally defeating Klitschko last year to become world champion, making a series of comments about homosexuality and Jews and extolling the virtues of his extreme religious views.

A member of the travelling community, Fury said he had been a victim of prejudice.

Fury, who said he had never taken performance-enhancing drugs, already risked losing his title belts because of inactivity.
British heavyweight boxer Tyson Fury speaks during a press conference in Manchester England on April …
In 2010 the BBBofC withdrew the inactive Ricky Hatton's boxer's licence amid allegations of cocaine use.

Asked how they would treat Fury, the board's general secretary Robert Smith told Britain's Press Association: "He is licensed by us. The sanctioning bodies, the WBO, WBA -- they are not governing bodies -- they can strip him, declare the titles vacant, or he can vacate them.

"We deal with the licence, so in theory, if we were to suspend him, they would have no choice but to strip him because he can't defend them, can he?

Fury had been scheduled to earn the biggest purse of his career in a rematch with Klitschko in Manchester in October after stunning the Ukrainian last November to become world champion.

However, Fury withdrew from that date and his camp claimed he had been "declared mentally unfit to fight". The allegations of cocaine use soon followed.

Fury, the self-styled "Gypsy King", also won the IBF belt in beating the more fancied Klitschko, but had to forfeit it after failing to fulfil a mandatory bout against Vyacheslav Glazkov.

A first scheduled rematch with Klitschko, set for July 9, was scrapped after Fury apparently sustained an ankle injury.

Following the cancellation of that fight, it emerged UK Anti-Doping (UKAD) had charged Fury and his cousin, Hughie, with a doping offence. They deny wrongdoing.