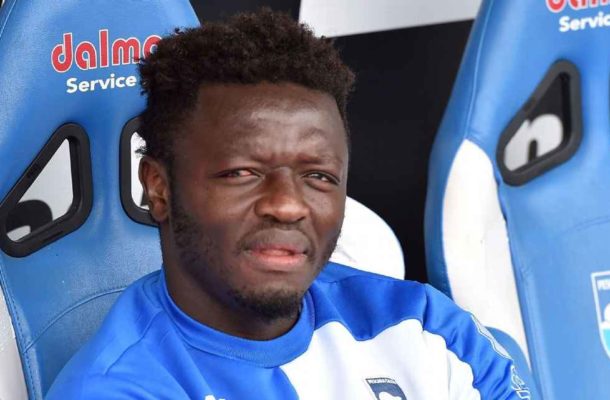 Ghana midfielder Sulley Ali Muntari says the hiatus in the top-flight division is harming footballers and called for a quick return of the ZylofonCash Premier League.

The former Liberty Professionals star is concerned about the suspension placed on football in Ghana by government.

Following the exposé by undercover journalist Anas Aremeyaw Anas in June, over 77 referees and football administrators were caught on camera accepting bribes to influence Ghana Premier League results, leading to an indefinite suspension on all football related activities.

The unattached midfielder has been training with domestic giants Accra Hearts of Oak to maintain his fitness as he looks for a new club, and has been struck by the consequences of the domestic inactivity.

"My problem is the fact that the league has stopped, which means all the kids and talents are at home doing nothing," Muntari told the TV3 Network.

"How can we build the future if the league has stopped?" he added. "They should do something about it so hopefully the guys can get to play again."

"They should just start the league," Muntari continued. "The guys are at home, and the clubs are losing money everyday, that is my concern.

"As for the other people and what they did, that's their problem," he concluded. "Some of the clubs are playing in Africa and this 'no league' situation affects them, so I want the government to do something about it."