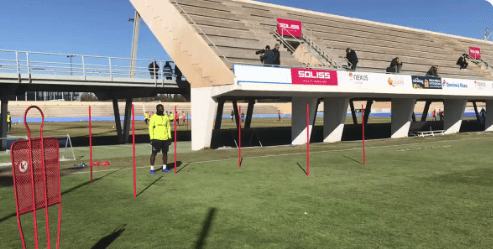 Ghana midfielder Sulley Muntari trained for the first time as an Albacete player on Tuesday morning.

The 34 year old joined his teammates at the Carlos Belmonte training facility.

He penned a one-year contract with the Spanish second-tier side in the just ended January transfer window.

Muntari will be hoping to help Albacete, who currently sit fourth in the Segunda Division, qualify for La Liga this season.